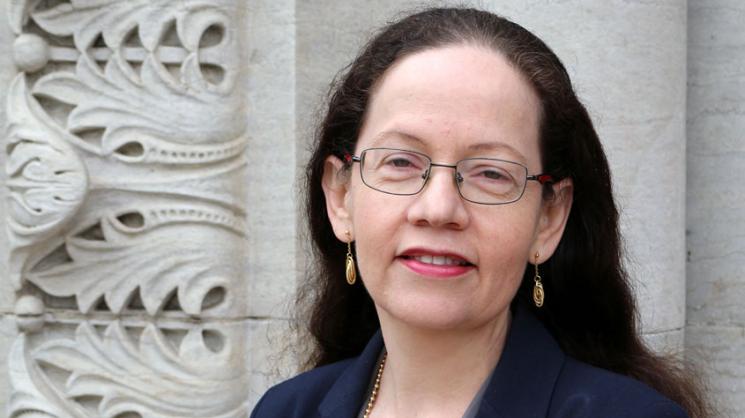 SIAM is a nonprofit organization promoting applied mathematics and computational science for engineering, science and industry, with more than 14,500 members worldwide.

“It is a great honor to serve the members of the scientific community who share a common interest in the mathematics of geosciences,” Rivière said.

The activity group organizes the biannual SIAM Conference on Mathematical & Computational Issues in the Geosciences. This year the conference will be held March 11-14 in Houston.

The activity group on geosciences has more than 450 members, a third of whom are international. As chair, Rivière will be responsible for maintaining “an interactive environment wherein modelers concerned with problems of the geosciences can share their problems with algorithm developers, applied mathematicians, numerical analysts, and other scientists,” according to the SIAM web site.

Rivière earned her Ph.D. in computational and applied mathematics from the University of Texas at Austin in 2000. Before joining the Rice faculty in 2008, Rivière served as an associate professor of mathematics at the University of Pittsburgh. She was promoted to full professor at Rice in 2013 and served as CAAM department chair from 2015 to 2018.

She is an associate editor for the SIAM Journal on Numerical Analysis and its Journal on Scientific Computing, and is a member of the editorial board for Advances in Water Resources. Much of her research focuses on developing accurate and efficient algorithms to model flow and transport in porous media, such as the Earth.