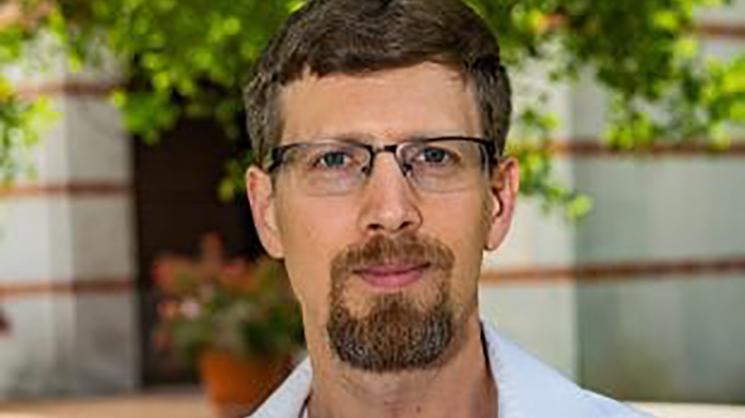 “I promise that the one hundredth time you say that, it just rolls off the tongue,” Brake quipped dryly in a recent Rice News interview about the prestigious National Science Foundation CAREER Award that will help support his research in Rice’s Brown School of Engineering over the next five years.

CAREER Awards are among the NSF’s most competitive. The agency typically awards fewer than 400 a year in support of “early-career faculty who have the potential to serve as academic role models in research and education and to lead advances in the mission of their department or organization.”

For Brake, who spent nine years at Sandia National Laboratories prior to joining Rice’s Department of Mechanical Engineering in 2016, the CAREER is an important validation for tribomechadynamics, an interdisciplinary field aimed squarely at challenging long-held assumptions that have guided generations of structural engineers.

“I study friction in assemblies, structures that are made by joining together one or more parts,” Brake said.

For example, the aeroturbines in jet engines are assemblies, which are made by joining dozens of high precision fan blades to a central spindle. In flight, jet turbines spin thousands of times per minute and operate at temperatures well over 1,000 degrees Celsius. Knowing how the turbine will behave is the key to optimizing its design, not only for safety but for other factors like fuel efficiency and cost, both of production and maintenance.

“We did a case study with Rolls Royce and found that reducing the weight of the joints — where the blades connect to the spindle — by 5% could save the owners of one family of air turbines billions of dollars per year in fuel costs,” Brake said. “We’re talking about a couple of kilograms of material, essentially. In a materials sense, it was a completely attainable goal, but it’s ultimately unattainable if we cannot predict how the new joint will behave. Without prediction, we can’t do optimal design because we don’t know where we can take material away and where we have to leave material in.”

This drive to improve predictability is what led Brake to tribomechadynmics, a name that draws from three well-established mechanical engineering disciplines: structural dynamics, contact mechanics and tribology.

“Structural dynamics tells us what the loading is on an interface or joint,” Brake said. “Contact mechanics then tells us whether or not either side of the interface is going to fail due to the stresses inside it. And we can zoom in even further on that interface. At the microscopic scale, we find it’s not this perfectly defined thing. What looks like a flat surface to our eye is actually rough. Any vibration or movement that causes those surfaces to rub against one another creates friction, and that’s something tribologists study.”

When Brake began studying the mechanics of interfaces about eight years ago, one of the biggest issues was a lack of communication between the disciplines. Without collaboration, predicting outcomes for complex structures like the air turbine were problematic.

“When I started in this area, the gold standard was predicting the stiffness of a structure within 25%, either way, and getting the energy dissipation characteristics correct within two orders of magnitude.”

At Sandia, Brake was strictly an analyst. He moved to Rice partly to get into the classroom and teach and partly to open his own lab and conduct research. He drew up a list of 12 common assumptions from structural dynamics, contact mechanics and tribology, and began experimenting to see if they were always valid. If not, then knowing when they varied and why could let his group better predict the behavior of structures.

“Because we have been taking these experiments, we’ve been able to revise our models to go with a completely different framework,” Brake said. “We’re doing things that nobody else has ever done, and this new framework not only matches what we see in our experiments, it is predictive when we apply it to new systems.

With the CAREER Award, Brake plans to extend his methods to incorporate variations that occur due to heating. For the aeroturbine example, that means accurately predicting how a joint will behave all the way from an ambient resting temperature to the maximum temperature the engine might hit during operational use.

Brake earned bachelor’s, master’s and doctoral degrees in mechanical engineering and a bachelor’s degree in psychology from Carnegie Mellon University. He received a 2012 Presidential Early Career Award for Scientists and Engineers for his work in fluid-structure interaction, and has been elected to several leadership positions in the American Society of Mechanical Engineering, including secretary of the society’s Research Committee on the Mechanics of Jointed Structures. Brake has been a visiting scholar at the University of Oxford and an adjunct professor at the University of New Mexico. He published his first book, “The Mechanics of Jointed Structures,” in 2017, and founded and directed the Nonlinear Mechanics and Dynamics Institute while at Sandia.