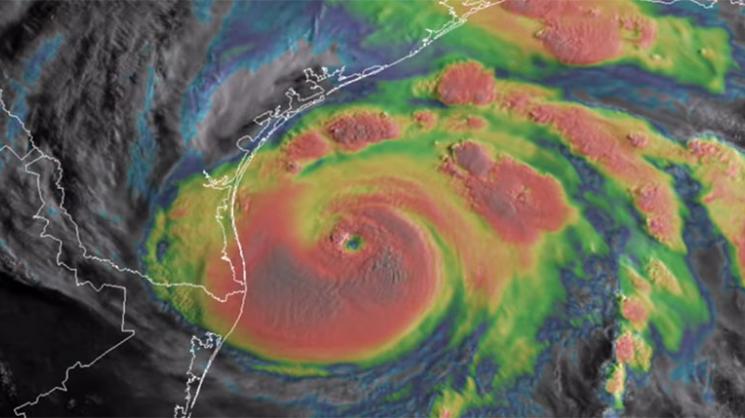 Rice University experts were cited in the media more than 15,000 times during Harvey and its aftermath and were cited more than 6,000 times in 2018 for the one-year anniversary.In 2017, Rice’s hometown of Houston experienced historic, devastating flooding from Hurricane Harvey. That storm combined with Irma and Maria to produce a “furious” 2017 hurricane season, according to the National Oceanographic and Atmospheric Administration.

NOAA has yet to release its annual Atlantic hurricane prediction, but The Weather Company reportedly predicts this season will have 14 named storms including seven hurricanes, three of them major. That would be slightly above average but less active than last year.

Hurricane and flooding risks and impact

Phil Bedient, Rice’s Herman Brown Professor of Engineering, director of the Severe Storms Prediction, Education and Evacuation from Disasters (SSPEED) Center and designer of the Rice University and Texas Medical Center Flood Alert System (FAS4) can discuss flooding issues that arise from tropical depressions, hurricanes and other severe storms. In his 2012 book, “Lessons from Hurricane Ike,” Bedient and more than 20 other researchers gave a 194-page account of what they learned from studying the 2008 storm that caused nearly $25 billion in damages and killed dozens. Bedient has studied Harvey’s unprecedented flooding and massive 2015 and 2016 floods in Houston and Louisiana. He can speak to the effects of urban-development practices on these and other floods. Bedient was Rice’s most-cited Hurricane Harvey expert in 2017.

Jim Blackburn is co-director of Rice’s SSPEED Center, director of Rice’s undergraduate minor in energy and water sustainability and a professor in the practice of environmental law in Rice’s Department of Civil and Environmental Engineering. He can speak about the impact that widespread property development has had on storm and flood risks. Blackburn also can address the environmental and economic sustainability of regional hurricane protection proposals, including structural options for dikes, levees and gates in and around Galveston Bay and nonstructural alternatives that aim to use coastal wetlands and prairies as natural storm barriers. Blackburn founded Bayou City Initiative, which aims to provide a central location for civic organizations and nongovernmental organizations to come together to promote flood literacy in Houston, both among the general public and elected officials.

Ken Medlock, director of the Center for Energy Studies at Rice’s Baker Institute for Public Policy, can address the potential impact on gasoline prices and exports of oil, refined products and liquefied natural gas (LNG) when infrastructure is affected for an extended time.

Tom Kolditz, director of Rice’s Doerr Institute for New Leaders, can discuss crisis leadership strategies with examples taken from hurricanes Katrina and Sandy; he uses the two events in his presentations, and they are included in his book, “In Extremis Leadership: Leading as If Your Life Depended on It.” The Doerr Institute is the most comprehensive leader-development initiative at any top 20 university. Former Vice President Al Gore, a member of the Doerr Institute board, spoke at Rice in 2017, shortly following Hurricane Harvey.

Terry Hemeyer, adjunct professor in Rice’s Jones Graduate School of Business, can discuss crisis management and communication challenges that communities, the public, corporations and government entities face in times of disaster. Pierpont, a communications firm where Hemeyer serves as executive counsel, featured him in a post titled “Crisis Management: Controlling the Chaos.”

Mark Jones, professor of political science and fellow in political science at Rice’s Baker Institute for Public Policy, can discuss government reaction to storms and the politics in play as well as public opinion on policies related to hurricanes and flooding.

Bob Stein, the Lena Gohlman Fox Professor of Political Science, can talk about local government reaction to storms and the politics involved in decision-making.

For more information or to schedule an interview with one of Rice’s experts, contact David Ruth, director of national media relations, at 713-348-6327 or david@rice.edu.

Rice has a VideoLink ReadyCam TV interview studio. ReadyCam is capable of transmitting broadcast-quality standard-definition and high-definition video directly to all news media organizations around the world 24/7.

This news release can be found online at www.news.rice.edu.