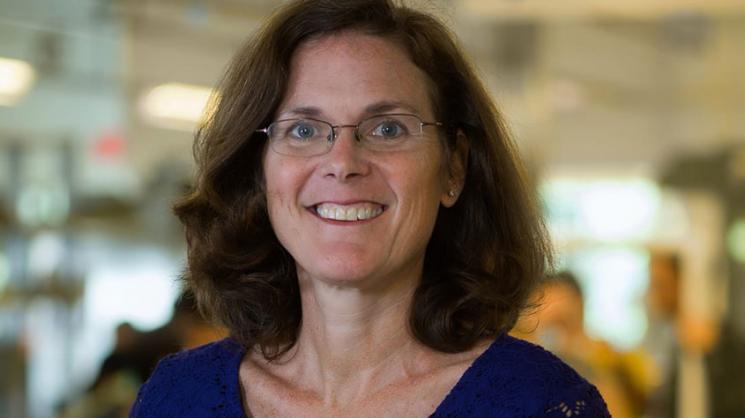 Rice University bioengineer Maria Oden has been elected to the American Institute for Medical and Biological Engineering (AIMBE) College of Fellows.

Oden is a teaching professor of bioengineering, director of Rice's award-winning Oshman Engineering Design Kitchen (OEDK) and co-director of the Rice 360° Institute for Global Health.

She is one of 156 new fellows elected this year by peers and members of the college for her "seminal contributions to the advancement and acceleration of medical and global health technologies through programs in invention education and training."

A formal induction ceremony for Oden and the 2019 class of AIMBE fellows will take place today at the AIMBE Annual Event at the National Academy of Sciences in Washington.

AIMBE is an organization of leaders in medical and biological engineering that consists of academic, industrial, professional society councils and elected fellows who communicate with and respond to U.S. and state government agencies and lawmakers to advocate science and contribute to policymaking that benefits the public.

Oden earned bachelor's, master's and doctoral degrees in biomedical engineering from Tulane University and served as both a postdoctoral fellow and instructor at Harvard Medical School, as a senior research associate at Beth Israel Deaconess Medical Center in Boston and as a faculty member at the University of Texas Health Science Center at Houston prior to joining Rice in 2004.

As the founding director of the OEDK, a 20,000-square-foot design studio used by more than 200 undergraduate student teams each year, Oden collaborates with Rice faculty members to develop and implement engineering design and innovation curriculum programs. Her previous honors include the American Society for Engineering Education's 2012 Fred Merryfield Design Award, the Lemelson Foundation's 2013 Lemelson-MIT Award for Global Innovation, Science magazine's 2012 Science Prize for Inquiry-Based Instruction, and Rice's George R. Brown Award for Superior Teaching in both 2012 and 2016.

As a leader in biomedical engineering and design education, Oden was selected to participate in the National Academy of Engineering's 2012 Frontiers of Engineering Education Symposium, is deeply involved with the National Collegiate Inventors and Innovators Alliance and the Biomedical Engineering-Innovation, Design and Entrepreneurship Alliance, and has served as a AAAS-Lemelson Invention Ambassador to the American Association for the Advancement of Science (AAAS) and the Lemelson Foundation. She is a fellow of Rice's Center for Teaching Excellence and a founding member of NEST360°, an international initiative between Rice 360° and partners on three continents that aims to enable African hospitals to provide comprehensive newborn care.