Halas named a fellow of the Royal Society of Chemistry 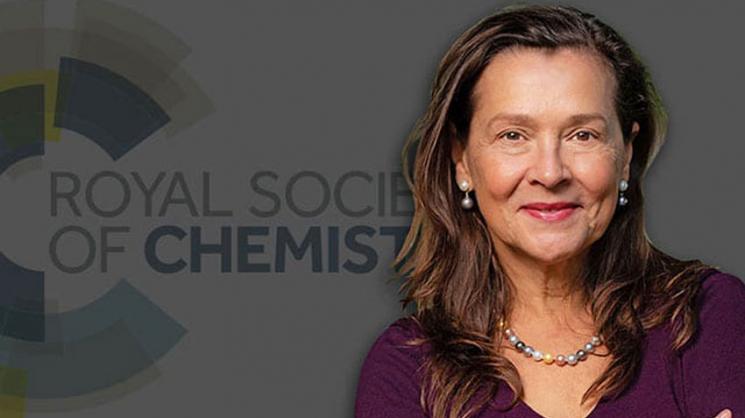 Naomi Halas, the Stanley C Moore Professor of Electrical and Computer Engineering and founding director of the Laboratory for Nanophotonics at Rice, has been named a fellow of the Royal Society of Chemistry (RSC).

To be eligible for RSC fellowship, a nominee must have made “a substantial contribution to the improvement of natural knowledge, including mathematics, engineering science and medical science.”

In February, the RSC honored Halas with the 2019 Spiers Memorial Award during its Faraday Discussion meeting in London, recognizing her “pioneering research at the intersection of optics and nanoscience and the demonstration of optical property manipulation by nanoparticle geometry.”

Founded in 1848, the RSC is a 54,000-member professional organization with some 1,600 fellows and foreign members, including about 80 Nobel laureates. Each year as many as 52 fellows and 10 foreign members are elected from a pool of some 700 candidates who must be nominated by two current fellows.

As a pioneer in the development of light-activated nanoparticles, Halas is the first Rice faculty member to be elected to both the National Academy of Sciences and the National Academy of Engineering for research done at Rice. Her discoveries have diverse applications in cancer treatment, optoelectronics, photocatalysis, chemical sensing, solar-powered distillation and steam production, and off-grid water treatment.

Halas has joint appointments at Rice in the departments of chemistry, bioengineering, physics and astronomy, and materials science and nanoengineering, and is director of the Smalley-Curl Institute.