Rice University researchers, including computer scientist Dan Wallach, are teaming with nonprofit VotingWorks to validate and improve open-source technology for voting by mail. 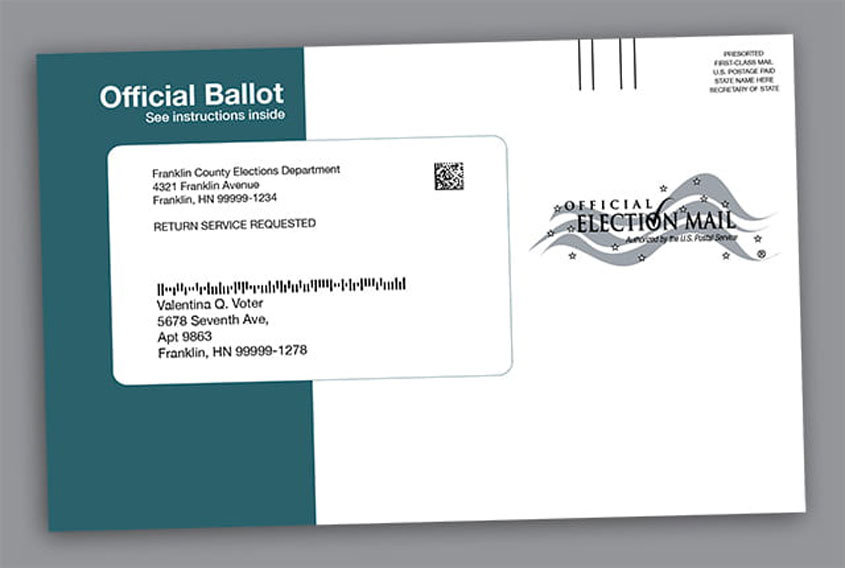 Rice University researchers, including computer scientist Dan Wallach, are teaming with nonprofit VotingWorks to validate and improve open-source technology for voting by mail, work that will give local elections officials an important option if they're flooded with applications from voters asking to cast mail ballots in November due to the COVID-19 pandemic.

The project is funded by a National Science Foundation Rapid Research Response (RAPID) grant that will allow Rice's team to collect thousands of hand-marked ballots through the mail to field test VotingWorks' Vote-by-Mail. VotingWorks, the only nonprofit supplier of voting machines and systems, is developing its system as a turnkey offering that local elections officials can quickly adopt to carry out all aspects of voting by mail, including ballot preparation and mailing, collection, signature verification and tabulation.

Rice's team includes Claudia Ziegler Acemyan, Michael Byrne, Philip Kortum, Robert Stein, Elizabeth Vann and Wallach, a professor of computer science and of electrical and computer engineering. The same group was awarded one of the first grants from Rice's COVID-19 Research Fund in April to survey Harris County voters and poll workers about how likely they are to cast ballots or volunteer for work at polling locations during the pandemic. Harris County elections officials are using the group's results as they design and evaluate changes to in-person voting for November.

"We want to kick the tires really hard on VotingWorks' vote-by-mail system to make sure we find any problems well before November," said Wallach, a professor of computer science, e-voting expert and co-principal investigator on the RAPID grant.

Wallach is on sabbatical from Rice and spending a year working with VotingWorks. Acemyan, Byrne and Kortum are faculty members in Rice's Department of Psychological Sciences. Stein is Rice's Lena Gohlman Fox Professor of Political Science, and Vann is the director of programs and partnerships at Rice's Center for Civic Leadership.

Wallach said the federally funded research will help protect the safety of voters while ensuring a good turnout in November. And because VotingWorks uses off-the-shelf printers, scanners and other equipment, Wallach said it also has the potential to significantly reduce costs for conducting vote-by-mail elections, which could be important given the tight budgets of local elections administrators.

"Many jurisdictions around the country don't have the infrastructure they will need to respond to unprecedented demand for vote-by-mail," said Ben Adida, executive director of VotingWorks and co-principal investigator on the grant. "Rice's team has an incredible depth of expertise in areas ranging from voter attitudes and behaviors to voting security and voter interactions with technology, the human factors side of technology research. Rice's help will be invaluable in making sure Vote-by-Mail is ready for the fall."

Wallach said the project will enroll thousands of volunteers, and Rice undergraduates from the Center for Civic Leadership will play an instrumental role in administering and managing study volunteers. Volunteers will print their own test ballots, fill them out and mail them in. Returned ballots will be used to test VotingWorks ballot-reading hardware and software, and they'll be useful in other ways as well.

"Having ballots that have been generated and handled by real voters, making their own unique marks, and then returned through the U.S. Postal Service will yield important data that can improve the design of the overall system," Wallach said.

The ballots will allow the team to probe a range of questions to evaluate the overall system and see how it compares to other voting technologies. Questions they hope to explore include: Did voters fill out the ballot according to the instructions? Were voters able to accurately vote the slate they were given? Did voters leave some options blank? Did voters accurately follow instructions to sign and return ballots within the specified time period?

"Scale is important because you need a large number of sample ballots to identify low-probability problems, like ballots getting damaged in the mail," he said. "That probably won't happen very often, but if millions of ballots are collected by mail, we want to do a large enough test to see how often it happens and how to best address it."

The researchers hope to begin collecting and assessing test ballots in early July.