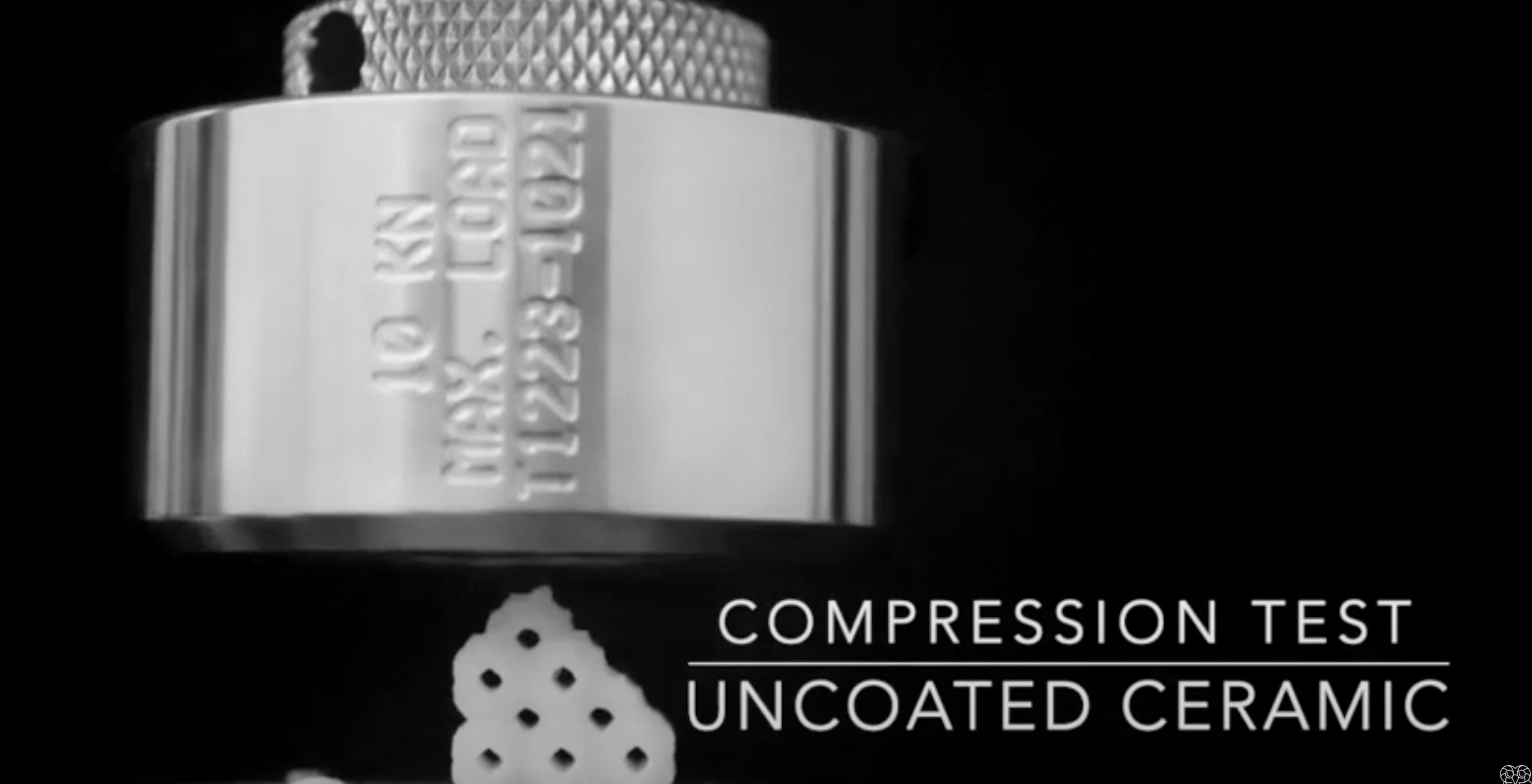 A thin shell of soft polymer can help keep knotty ceramic structures from shattering, according to materials scientists at Rice University.

Ceramics made with 3D printers crack under stress like any plate or bowl. But covered in a soft polymer cured under ultraviolet light, the same materials stand a far better chance of keeping their structural integrity, much like a car windshield’s treated glass is less likely to shatter.

The research at Rice’s Brown School of Engineering, which appears in Science Advances, demonstrates the concept on schwarzites, complex lattices that for decades existed only as theory but can now be made with 3D printers. With added polymers, they come to resemble structures found in nature like seashells and bones that consist of hardened platelets in a biopolymer matrix.

Schwarzites, named for German scientist Hermann Schwarz, who hypothesized in the 1880s the “negatively curved” structures could be used wherever very strong but lightweight materials are needed, from batteries to bones to buildings.

The researchers led by Rice materials scientists Pulickel Ajayan and Muhammad Rahman and graduate student and lead author Seyed Mohammad Sajadi proved through experiments and simulations that a coating of polymer no more than 100 microns thick will make fragile schwarzites up to 4.5 times more resistant to catastrophic fractures.

The structures may still crack under pressure, but they won’t fall apart.

The team, with members in Hungary, Canada and India, created computer models of the structures and printed them with a polymer-infused ceramic “ink.” The ceramic was cured on the fly by ultraviolet lights in the printer, and then dipped in polymer and cured again.

Along with uncoated control units, the intricate blocks were then subjected to high pressure. The control schwarzites shattered as expected, but the polymer coating prevented cracks from propagating in the others, allowing the structures to keep their form.

The researchers also compared the schwarzites to coated solid ceramics and found the porous structures were inherently tougher.

“The architecture definitely has a role,” Sajadi said. “We saw that if we coat a solid structure, the effect of the polymer was not as effective as with the schwarzite.”

Ajayan said the coatings acted a bit like the natural materials they mimic, as the polymer infuses defects in the ceramics and enhances their resistance.

Rahman said several structural applications could benefit from polymer-enhanced ceramics. Their biocompatibility could also eventually make them suitable for prosthetics.

“I’m pretty sure that if we can optimize these structures topologically, they also show good promise for use as bioscaffolds,” Rahman said.

Ajayan is chair of Rice’s Department of Materials Science and NanoEngineering, the Benjamin M. and Mary Greenwood Anderson Professor in Engineering and a professor of chemistry.

The research was supported by the Hungarian Research Development and Innovation Office, the Ministry for Innovation and Technology in Hungary and supercomputing resources at the University of Maryland and the Maryland Advanced Research Computing Center.