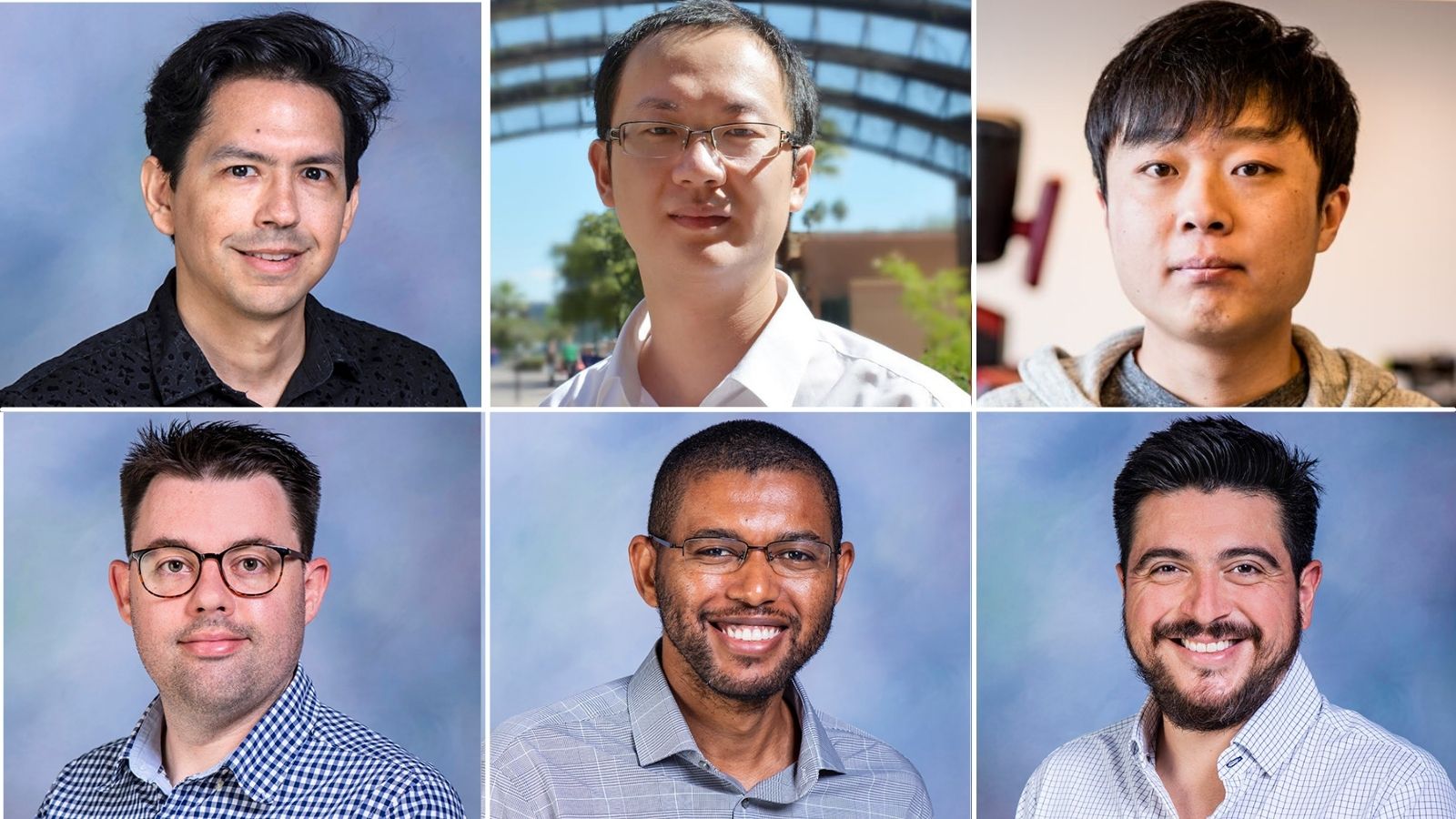 "We had a really great hiring year,” said Chris Jermaine, chair of Rice’s Department of Computer Science. “It's always difficult to attract established researchers, and yet we were able to make two outstanding hires at the associate level in the general area of AI/ML—Vicente Ordóñez-Román and Ben Hu. We also hired a great young AI researcher from UCSB, Arlei Silva, as an assistant professor. Kaiyu Hang, an outstanding roboticist we hired last year, is starting as an assistant professor this fall as well. We hired Huw Ogilvie as an assistant research professor. Huw will strengthen our already-strong comp-bio group. And on the educational side, we hired Rodrigo Ferreira, an expert in ethics and societal impacts of computing. He's an Assistant Teaching Professor, and I'm especially excited to have him contribute to the new Master of Data Science."

The department’s new faculty members are as follows:

Vincente Ordóñez-Román
Vicente Ordóñez-Román is now an associate professor in the Department of Computer Science. His research interests lie at the intersection of computer vision, natural language processing and machine learning. His focus is on building efficient visual recognition models that can perform tasks that leverage both images and text.

From 2016-2021, he was assistant professor in the Department of Computer Science at the University of Virginia. Ordóñez-Román obtained his PhD in Computer Science at the University of North Carolina at Chapel Hill in 2015, an MS at Stony Brook University, and an engineering degree at the Escuela Superior Politécnica del Litoral in Ecuador. In the past, he has also been a visiting researcher at the Allen Institute for Artificial Intelligence and a visiting professor at Adobe Research.

He has published over 100 papers in several major academic venues, including NeurIPS, ICLR, KDD, WWW, IJCAI, AAAI, etc. An open-source package developed by his group, namely AutoKeras, has become the most used automated deep learning system on Github (with over 8,000 stars and 1,000 forks). Also, his work on deep collaborative filtering, anomaly detection and knowledge graphs have been included in the TensorFlow package, Apple production system and Bing production system, respectively. His papers have received severaL Best Paper (Candidate) awards from venues such as WWW, WSDM and ICDM. He is the recipient of NSF CAREER Award. His work has been cited more than 10,000 times with an h-index of 41. He was the conference General Co-Chair for WSDM 2020

Prior to joining Rice, Hu worked as an associate professor of computer science and engineering at Texas A&M University where he directed the DATA (Data Analytics at Texas A&M) Lab.

Before joining Rice, he finished his postdoctoral research at Yale University. He earned his PhD and MSc from KTH Royal Institute of Technology and earned his BEng from Xi’an Jiaotong University.

Silva received his PhD in Computer Science from the University of California, Santa Barbara, advised by Ambuj Singh, where he was also a postdoctoral scholar. Before that, he received a BSc and MSc degrees in Computer Science from Universidade Federal de Minas Gerais, in Brazil, advised by Wagner Meira Jr. He has also been a visiting scholar at the Rensselaer Polytechnic Institute, hosted by Mohammed J. Zaki.

Huw Ogilvie
Huw Ogilvie was previously a postdoctoral research associate in the Department of Computer Science and has now been promoted to an assistant research professor specializing in computational biology. He works on computationally efficient algorithms for inference of species trees and networks, as well as more sophisticated phylogenetic models.

Ogilvie is the lead author of StarBEAST2, a widely-used method for the joint inference of species and gene trees from sequence data. He has also collaborated on the development of new methods for the inference of species networks, which are used to model the flow of genes between distinct contemporaneous species or populations, and of methods for the analysis of cancer genomes. Along with Dean Luay Nakhleh, he helps coordinate the development of PhyloNet.

Ogilvie's methods and analyses have been published in highly regarded journals, such as Systematic Biology and Molecular Biology and Evolution. He has also presented his findings at leading conferences such as Evolution and SMBE, and taught at workshops such as Taming the BEAST, Phylogenomics Software Symposium and the Workshop on Population and Speciation Genomics.

Rodrigo Ferreira
Rodrigo Ferreira has been promoted to assistant teaching professor in the Department of Computer Science. He was previously a postdoctoral researcher in technology, culture, and society at the Rice Academy of Fellows and has a PhD in Media, Culture, and Communication from New York University.

Ferreira teaches various courses in technology and ethics to both undergraduate and graduate students and is responsible for developing ethics-related curricula across the department. In collaboration with University Professor Moshe Vardi, Ferreira has developed “Deep Tech Ethics” as a pedagogical approach that seeks to orient computer science education toward greater focus on affective care, historical power inequalities, and social justice.

In addition to his pedagogical practice and research, he recently translated late Mexican-Ecuadorian philosopher Bolívar Echeverría’s Modernity and Whiteness to English (Polity 2019) and co-authored a public policy recommendation report on “AI Ethics” as part of the Mexican National AI Agenda.