Professors combine for 70 years of service to university. 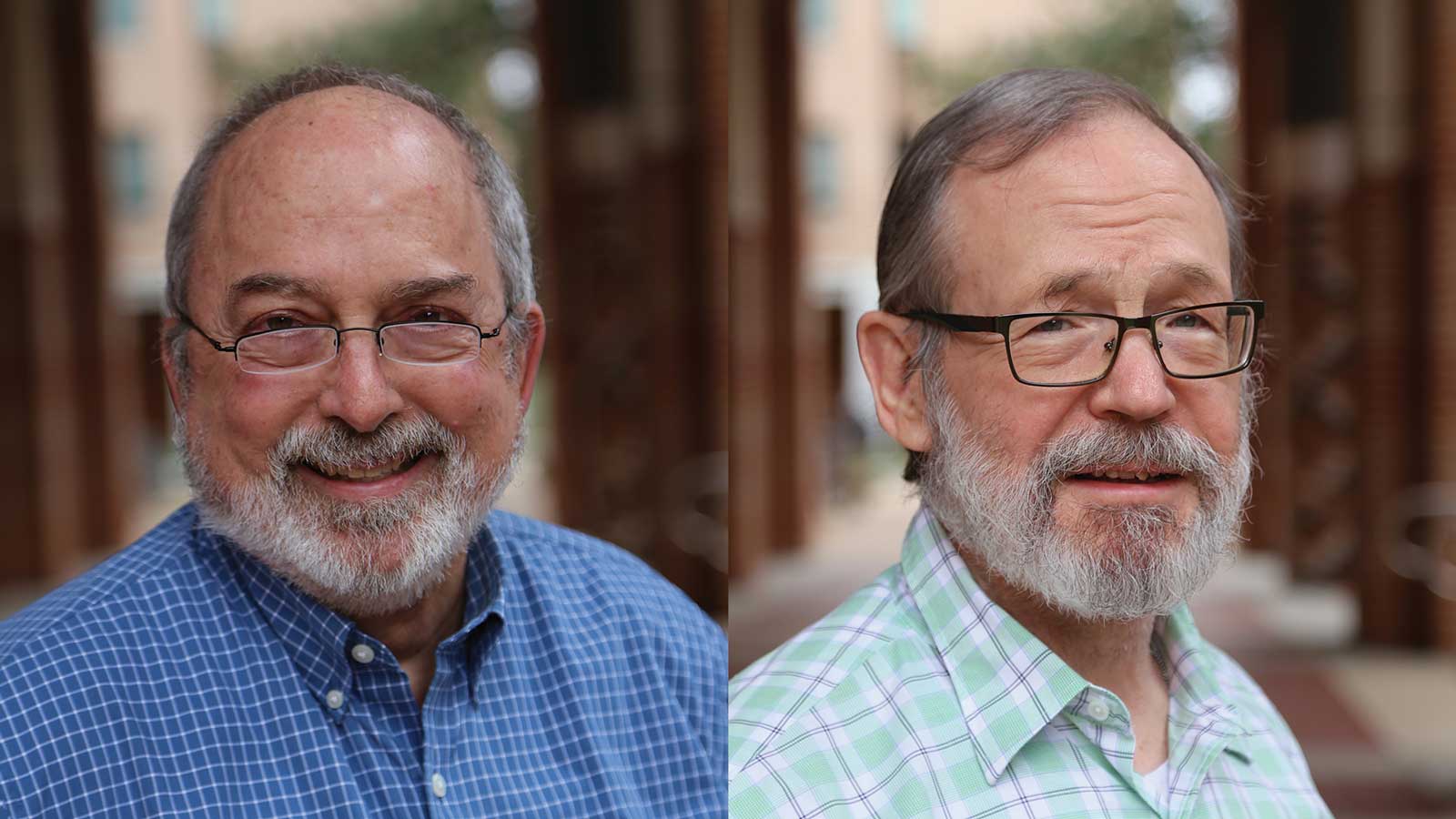 Professors David Scott and Dennis Cox, with a combined 70 years of service to Rice University, have retired from the Department of Statistics (STAT).

“Both David and Dennis are consummate statisticians committed to the development and applications of statistics. In many ways, the Department of Statistics at Rice came to prominence because of them. They will be greatly missed,” said Rudy Guerra, professor and chair of STAT.

Cox joined the Rice faculty in 1993, recruited by Scott, who had gone to work at Rice in 1979 as an assistant professor of mathematical sciences, even before the STAT department existed.

Scott earned three degrees from Rice: a B.A. in electrical engineering and mathematics in 1972, and an M.A. and Ph.D. in mathematical sciences in 1976. He served as the second chair of STAT (1990-93), when the department moved to the School of Engineering from the School of Social Sciences.

Scott’s doctoral advisers at Rice were the late James Thompson and Richard Tapia, now University Professor. In 2008, Scott was presented with the Founders Award for lifetime achievement by the American Statistical Association (ASA).

“In many ways our program has been significantly influenced by David. His research, especially in multivariate density estimation and visualization, his service to the statistics and Rice communities, and wonderful teaching and mentoring are all models for us to follow. I expect his work will continue to have broad impact,” Guerra said.

Cox’s research spanned biomedical topics, systems biology, forecasting public health issues and financial engineering. His fundamental work was in the use of spline functions and nonparametric statistics applied to large datasets that are highly nonlinear and the estimation of unknown constants or even unknown functions.

For almost 20 years, Cox served as an adjunct professor of biostatistics at the MD Anderson Cancer Center, where he was co-author of many highly cited papers. His analyses and stochastic processes provided critical diagnostic information to cancer researchers.

“Over the years,” Guerra said, “Cox established himself as a distinguished statistician, making important contributions to the foundations and applications of statistical inference. His ability to explain theoretical statistics has benefited scores of graduate students. With his interest in biomedical applications, Dennis also influenced biostatistical practice through his collaborations with biomedical researchers, especially at MD Anderson.”

Cox supervised as sole director or co-director 24 Ph.D. students. In 1998, Cox was elected a fellow of the ASA. In 2008 he was recipient of the Rice Presidential Mentoring Award, and in 2021 he was awarded the Center for Computational Finance and Economic Systems Prize in Computational Statistics for research in splines and nonparametric statistics, exceptional teaching and mentoring.