Rivière elected to SIAM board of trustees

CAAM professor is president of SIAM TX-LA Section, served as chair and secretary of SIAM Activity Group on Geosciences. 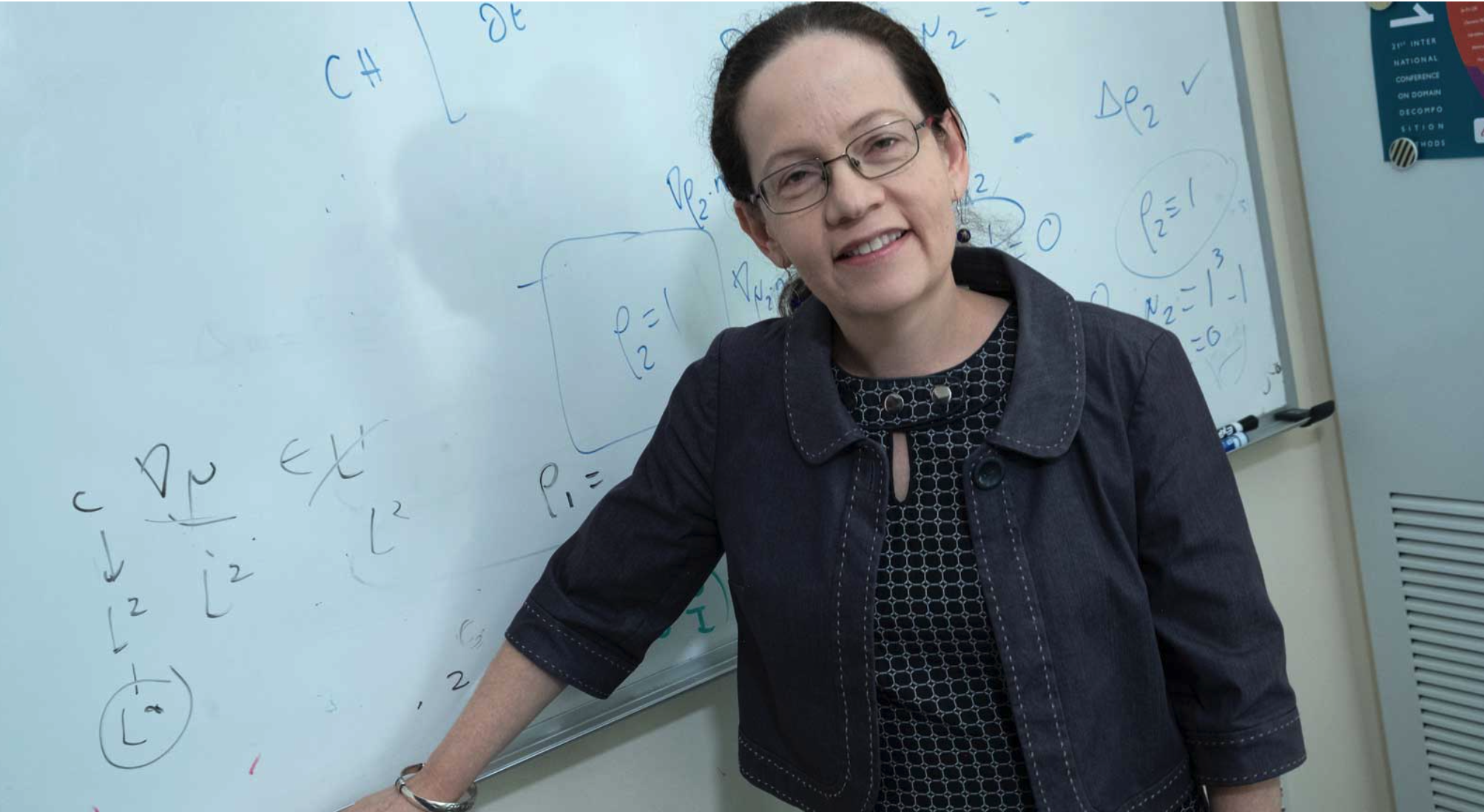 Founded in 1951, SIAM has more than 14,500 members in 100 countries, and publishes 18 peer-reviewed journals. Rivière is president of the SIAM TX-LA Section and served as chair and secretary of the SIAM Activity Group on Geosciences.

She is an associate editor for the SIAM Journal on Scientific Computing, for Results in Applied Mathematics and a member of the editorial board for Advances in Water Resources.

Rivière earned her Ph.D. in CAAM from the University of Texas at Austin in 2000. Before joining the Rice faculty in 2008, she served as an associate professor of mathematics at the University of Pittsburgh. She was promoted to full professor at Rice in 2013 and served as CAAM department chair from 2015 to 2018.

She has published more than 120 scholarly articles in numerical analysis and scientific computation. Her book on the theory and implementation of discontinuous Galerkin methods is highly cited and her research group is funded by the National Science Foundation, the oil and gas industry and the Gulf Coast Consortia for the Quantitative Biomedical Sciences.

Rivière has worked in the development and analysis of numerical methods applied to problems in porous media and in fluid mechanics. Her research focuses on development of high-order methods in time and in space for multiphase multicomponent flows (in rigid and deformable media); the modeling of pore scale flows for immiscible and partially miscible components; the numerical model of oxygen transport in a network of blood vessels; the analysis of neural networks for image segmentation and the design of iterative solvers.

She has advised 17 Ph.D. students, with nine working in academia, one in a national lab and seven in industry. Rivière is the director of Computational Modeling of Porous Media (COMP-M), which develops innovative numerical algorithms for use at the pore scale and at the Darcy scale.