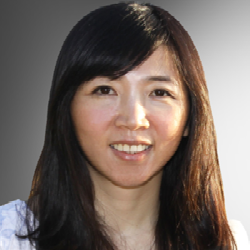 CAREER Awards, among the most competitive offered by the NSF, are typically given to fewer than 400 young scientists and engineers each year across all disciplines. According to the agency, they support “early career faculty who have the potential to serve as academic role models in research and education and to lead advances in the mission of their department or organization.”

The five-year grant for $400,000 will support Lin and her lab’s efforts to advance a new paradigm in the design of deep learning accelerators that could largely automate the process and boost their achievable hardware efficiency. That will push forward ubiquitous intelligent devices and green artificial intelligence (AI), she said.

“The past half-decade has witnessed unprecedented breakthroughs in deep learning algorithms, representing the state of the art in many applications such as computer vision, natural language processing and data mining tasks,” Lin said. “Despite the great promise of ubiquitous deep learning powered intelligence, there is a vast and increasing gap between the prohibitive complexity of powerful deep learning algorithms and the constrained resources in daily life devices.”

“While deep learning accelerators have the potential to close the gap and push forward green AI, there exists a fundamental challenge,” said Lin, who earned her doctorate at the University of Illinois at Urbana-Champaign. “Deep learning algorithms are invented daily for numerous applications, whereas developing these algorithms’ dedicated accelerators is much slower, as it still mostly relies on human experts’ manual design.”

She believes the solution lies in automatically co-developing the algorithms and their hardware accelerators that would maximize the achievable efficiency and expediate development speed.

Lin, who joined Rice in 2018, specializes in embedded machine learning that aims to make powerful machine learning algorithms more efficient as well as environmentally friendly. In the past two years, she and her students have developed various algorithmic and architectural techniques toward green AI, three of which have been published as spotlight papers (those ranking in the top 3% of submissions) at the International Conference on Learning Representations, a first-tier machine learning conference.