Illya Hicks, professor of computational and applied mathematics (CAAM) at Rice, was formally inducted as a fellow of the Institute for Operations Research and the Management Sciences (INFORMS). 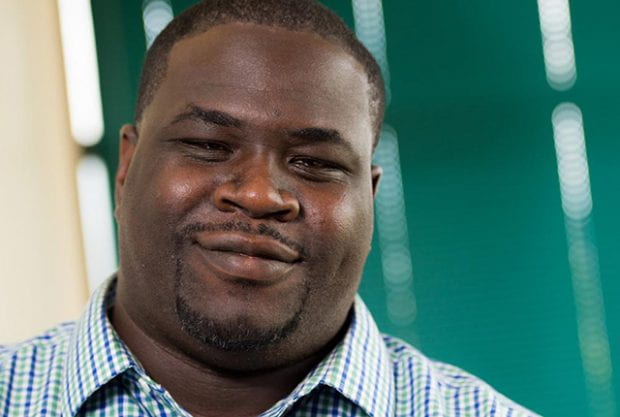 Illya Hicks, professor of computational and applied mathematics (CAAM) at Rice, was formally inducted as a fellow of the Institute for Operations Research and the Management Sciences (INFORMS) during the institute’s annual meeting last month.

INFORMS, the premier professional society for operations research, industrial engineering and optimization, recognized Hicks for “outstanding leadership in diversity issues and for fundamental contributions to the theory and practice of discrete optimization.” He was one of 12 researchers in the 2020 class of fellows.

Hicks earned his master’s and doctoral degrees in computational and applied mathematics from Rice in 2000 and joined Rice’s faculty in 2007 following six years on the faculty at Texas A&M University. He has served as faculty advisor to Rice President David Leebron since 2016. His research interests include combinatorial optimization, integer programming, graph theory and matroid theory, with applications in social networks, cancer treatment and network design.

Hicks, together with CAAM’s Andrew Schaefer and Joseph Huchette and Houston Methodist Hospital’s Nicole Fontenot, won a grant from Rice’s COVID-19 Research Fund in May to use optimization models to better plan nursing schedules during times of uncertainty, when a hospital’s needs are highly variable.

Hicks founded the Minority Issues Forum at INFORMS and won the 2005 Optimization Prize for Young Researchers within the INFORMS Optimization Society, the 2010 INFORMS Forum Moving Spirit Award and the 2015 Presidential Mentoring Award from Rice.