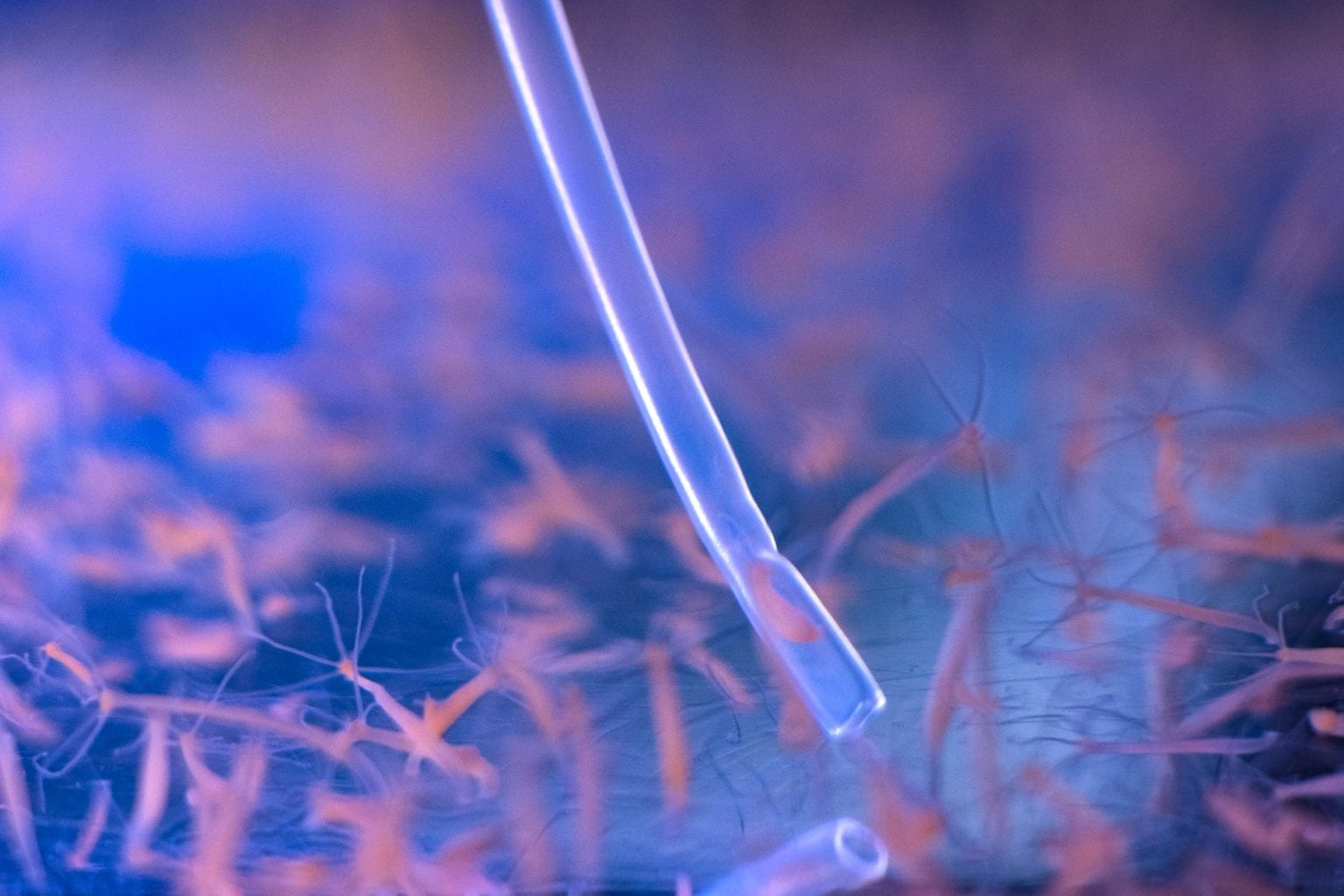 Even the simplest creatures seem extraordinarily complex when you look beneath the surface. Fortunately, hydra make that part easy.

Rice electrical and computer engineer Jacob Robinson and lead author and alumna Krishna Badhiwala of the university’s Brown School of Engineering are taking advantage of the animal’s transparency to do the hard part, manipulating the small, remarkably resilient creatures in just about every possible way to learn how they sense touch.

Their comprehensive analysis of hydra in the open-access journal eLife, in collaboration with biologist Celina Juliano and graduate student Abby Primack of the University of California, Davis, is a small step toward understanding neural networks in all living creatures.

Hydra vulgaris, freshwater cnidarians that look like miniature jellyfish polyps, expand and contract as they navigate their environments, but can also be prompted to do so by giving them a poke. The Rice lab has developed highly specialized equipment over the last decade to do that, temporarily constraining the animals in the channel of a microfluidic device to capture simultaneous images and data that detail their muscular and neural responses.

There, hydra can be physically prodded with a controlled amount of force to make them contract. For the new study, the researchers genetically modified hydra to express a green fluorescent protein when the associated neurons are activated, and then removed sets of those neurons — and even body parts — to see how networks respond upon poking the animals.