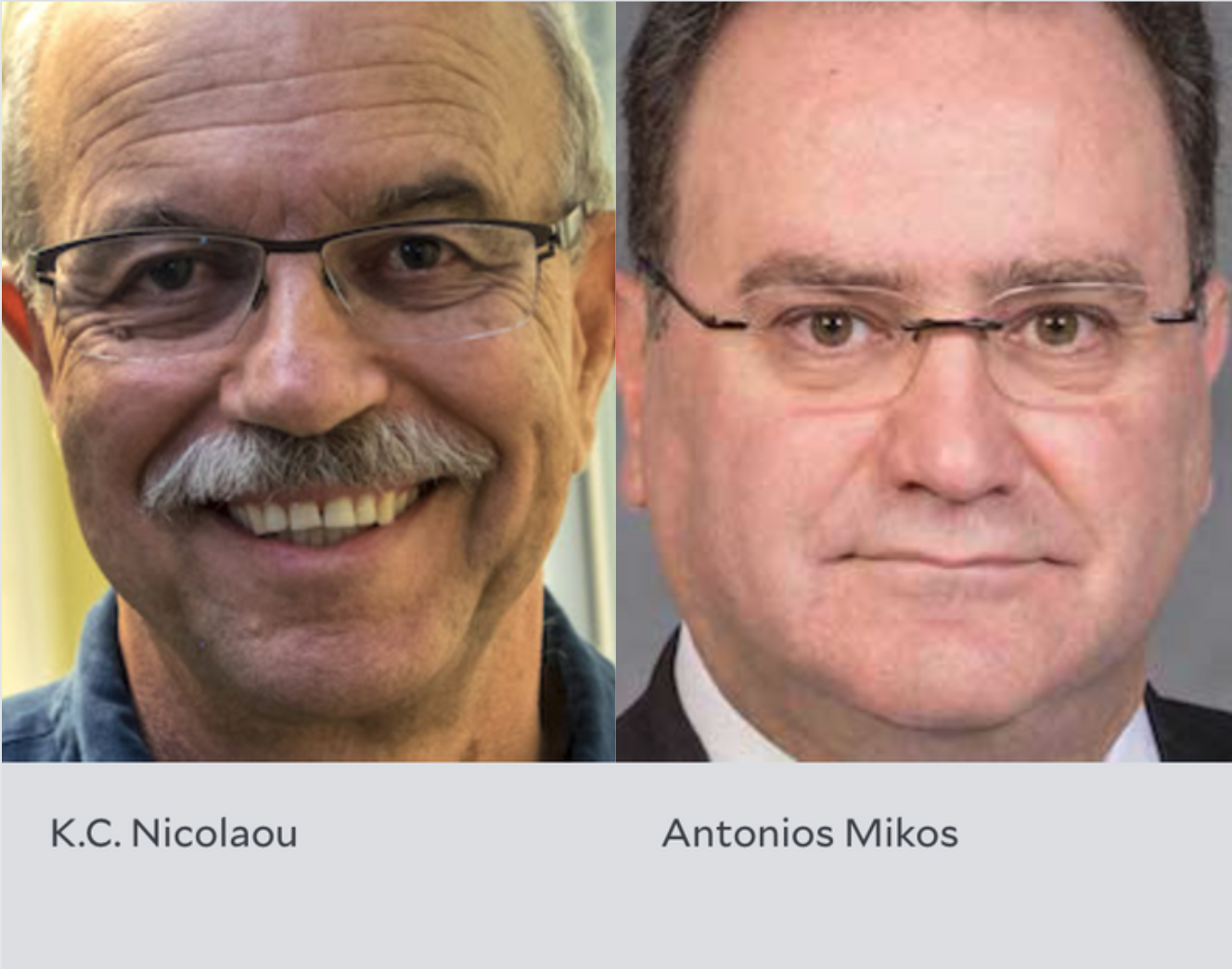 A couple of Rice University professors are among 63 Greek physicians and biomedical researchers from the past 200 years honored as part of the nation’s bicentennial.

K.C. Nicolaou, the Harry C. and Olga K. Wiess Professor of Chemistry, and Antonios Mikos, the Louis Calder Professor of Bioengineering and of Chemical and Biomolecular Engineering, are among scientists chosen as part of the nation’s 1821-2021 Initiative celebration.

The initiative called upon public, cultural and scientific institutions to organize the year’s events and name honorees. The Institute for the Advancement of Research and Education in Arts, Sciences and Technology (ARISTEiA) chose the science and medicine honorees.

The news was “a shocking surprise,” Nicolaou said. “Given the fact that this survey covers the period of 1821 to 2021, this is an incredible honor for me and Tony and, of course, Rice.”

“This is a tremendous recognition of biomedical research at Rice. I am deeply honored to be included in the list of Greek pioneers in medicine and biomedical sciences along with my colleague K.C.,” Mikos said.

Nicolaou specializes in the total synthesis of natural substances that can help treat disease but are not found in sufficient quantities to be useful. His labs have developed chemical synthesis routes for hundreds of natural products, making them available for widespread use, including the first synthetic access to the anti-cancer drug paclitaxel and the antibiotic vancomycin. He discusses his career in a recently published autobiography.

Mikos’ research focuses on the synthesis, processing and evaluation of biomaterials for use as scaffolds in tissue engineering, carriers for controlled drug delivery, nonviral vectors for gene therapy and as platforms for disease modeling. His work has led to the development of orthopedic, dental, cardiovascular, neurologic and ophthalmologic biomaterials.

Konstantinos Drosatos, vice president of ARISTEiA, said the honorees’ work was chosen “for its originality, for its leadership in international scientific activities, for its global impact on medicine and research, but also for its timelessness.”