Rice Neuroengineering Initiative: ‘We are not crawling. We are up and running’

Since its launch in 2018, the RNEI has brought in more than 30 externally funded research grants and contracts totaling roughly $48 million. 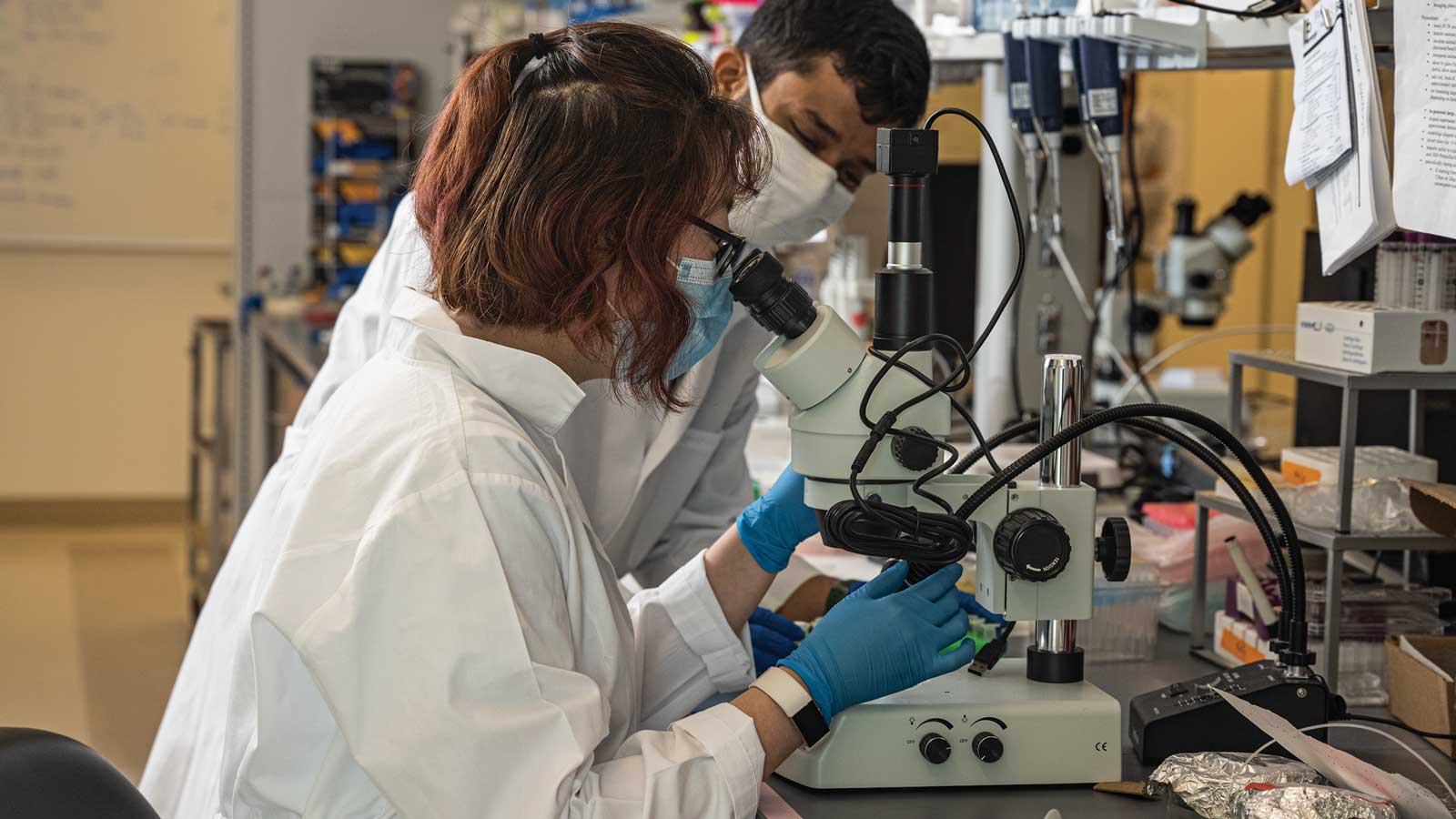 The three-year-old Rice Neuroengineering Initiative (RNEI) got a big endorsement this year when the federal government kicked in an additional $8 million for one of its premier research projects – a wireless brain/machine interface.

“We’ve spent a year trying to see if the physics works, if we could actually transmit enough information through a skull to detect and stimulate activity in brain cells grown in a dish,” said Jacob Robinson, associate professor of electrical and computer engineering (ECE) and a member of the RNEI’s core faculty.

Pleased with the funding and the progress made by the initiative’s researchers, Behnaam Aazhang, the J.S. Abercrombie Professor of ECE and director of RNEI, said, “Our growth has been steady. Our research is being supported. We are not crawling. We are up and running.”

When the initiative launched in 2018, the university invested $50 million, a figure that included the cost of hiring five tenured/tenure-track faculty members. Since then RNEI has brought in more than 30 externally funded research grants and contracts totaling roughly $48 million.

“Of course, we are not working on our own. We are working with our colleagues across the street in the Texas Medical Center (TMC). It is a very close, intimate relationship. Nobody is sitting in the corner doing their own thing,” Aazhang said.

The initiative has grown to include seven core faculty members at Rice and 19 affiliate faculty, representing seven engineering departments and the department of psychology. They work with 14 TMC affiliates, five administrative staff and five research staff, as well as 10 postdoctoral students, 55 graduate students on research assistantships and 17 Rice undergraduate researchers. A third of the initiative’s researchers are from ECE.

“It has been easy for us to recruit undergraduates. They know neuroengineering is an emerging field, an attractive one because in some ways it’s still growing and ready for ambitious researchers,” Aazhang said.

RNEI has also grown physically, now occupying some 8,000 square feet on the eighth and ninth floors in the BioScience Research Collaborative (BRC).

Robinson’s four-year project started in 2018, when a Rice-led team of researchers received $18 million in funding from DARPA (Defense Advanced Research Projects Agency) to develop headset technology that can directly link the human brain and machines without the need for surgery. With the additional $8 million received earlier this year, work on the MOANA (magnetic, optical and acoustic neural access) Project is proceeding.

“We started this in a very exploratory phase,” said Robinson, the project’s lead investigator. The goal is development of a dual-function, wireless headset capable of both “reading” and “writing” brain activity to help restore lost sensory function, all without the need for surgery.

Robinson is leading the efforts of 16 research groups from four states. The second round of funding from the Pentagon’s research arm permits them to “develop this further into a system and to demonstrate that this system can work in a real brain, beginning with rodents.” DARPA has requested a preclinical demonstration of the technology that could prepare for human tests within the next two years.

Aazhang said, “Much of the promise that comes with neuroengineering is the diagnosis, treatment and even the prevention of such diseases and disorders as Alzheimer’s, epilepsy, Parkinson’s, chronic pain and depression.”

Among his personal research projects is identifying the mechanism that leads to seizures in patients with epilepsy. “For a long time, people have been trying to extract the dynamics of epileptic recordings that are involved in seizure formation,” said Aazhang, whose team has developed a tool called the Dynamic Mode Decomposition (DMD).

“This technique,” he said, “will enable us to represent recordings of a seizure on a graph and focus on the dynamical changes of these graphs, capturing key features of epileptic recordings in our attempt to predict and prevent seizures.”

Researchers can now observe changes in the extracted features of the graphs before the start of a seizure. The changes enable them to distinguish the pre-seizure state from the regular activity of an epileptic brain, and thus predict seizures seconds before their onset – sufficient time to activate stimulation that would prevent them.

“Our goal is to use the extracted information to develop seizure prediction and treatment as a closed-loop control system of the embedded system,” Aazhang said.