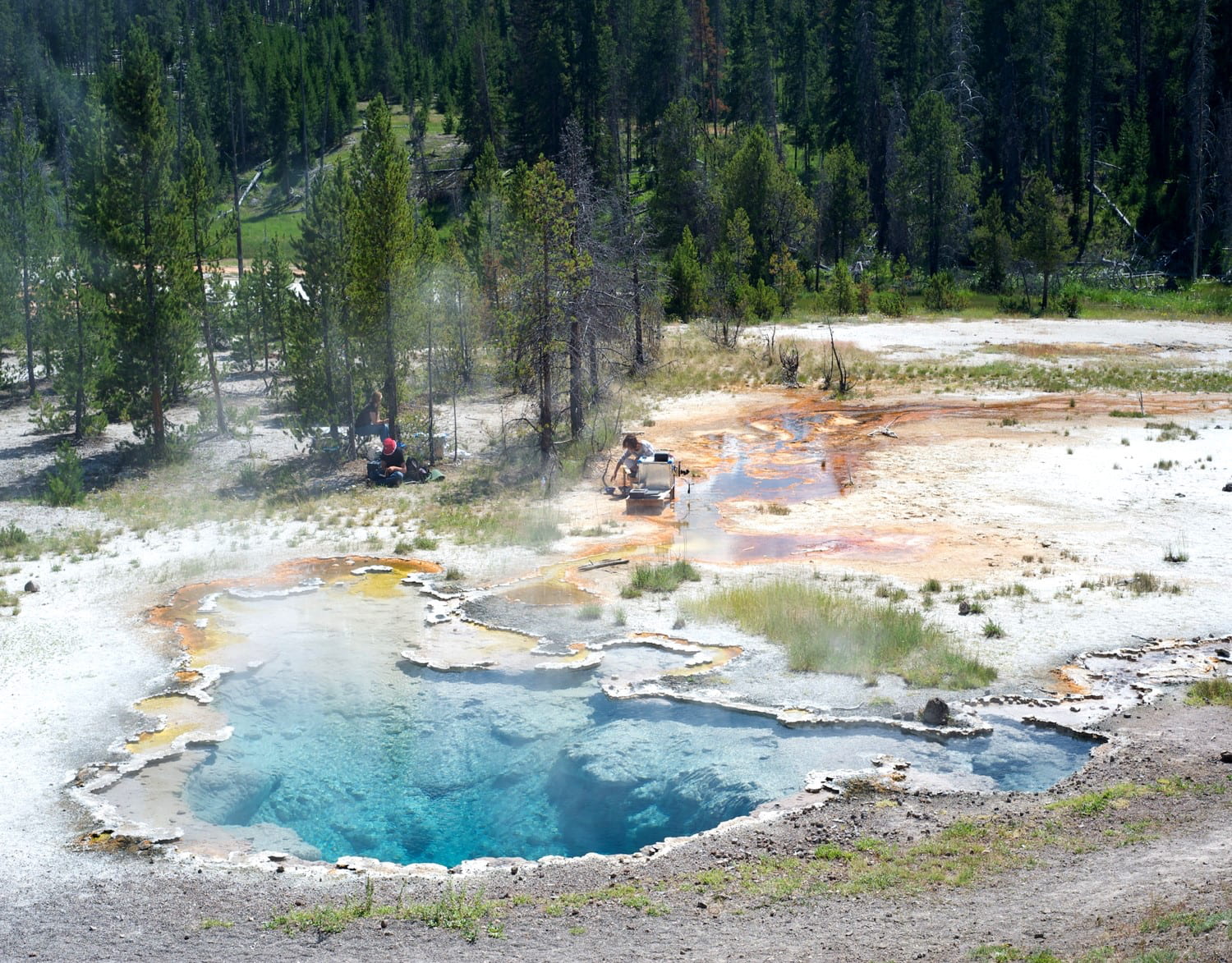 In at least one sense, every man is an island, and every man-island has lots of inhabitants. But how they relate to each other is unclear.

A new project at Rice University’s Brown School of Engineering seeks to define the social order of such bacterial communities, collectively known as microbiomes. The initiative has received backing from the National Science Foundation in the form of a five-year, $2.8 million grant.

Led by Rice computer scientist Todd Treangen, the researchers will develop novel computational approaches to track environmental microbiome dynamics over time, across species and after perturbations. The researchers will start with biofilm-based “species abundance networks” on scaffolds and observe how they form their own genome-exchange networks.

“In this study we will leverage microbial mats, which are multilayered sheets of microbes that exist in hot springs,” Treangen said. “Co-PI Dr. Bhaya is a renowned expert in microbial mat ecology and has unparalleled expertise in the biology specific to these communities as she has been tracking them in Yellowstone Park for several years.”

“Microbial mats are tremendously powerful for studying how bacteria cooperate and compete with one another as the inherent structure of biofilms facilitates microbial interactions,” he said. “Furthermore, microbial mats can be readily sampled at varying temperature and light gradients, allowing for robust exploratory analyses and hypothesis testing specific to any observations we make throughout our NSF funded study.”

Over five years, they expect the data to help elucidate the rules and rates of horizontal gene transfer in microbial networks. Finally, the team will leverage these rules to identify the functional redundancies and key players across a wide variety of environmental and host-associated microbiomes.

“The new grant gives us a wonderful opportunity to develop novel multi-disciplinary approaches to tease apart how microbes interact with one another in these very unique environments,” Treangen said.

“In finding these ‘rules of life,’ we will develop ‘graph grammar’ frameworks – graphs being a specialty of the Segarra lab,” he said. “Those frameworks, along with phylogenomic and evolutionary analyses, a specialty of the Nakhleh lab, can be used to map transformations in communities and track the evolution of genetic networks.”

“Roughly speaking, you can think of these graphs we will build to be similar to social networks, such as plotting out who interacts with whom on Facebook,” Treangen said. “However, instead of liking a photo or commenting on a post, we will use the exchange of DNA between bacteria as a proxy for interactions.”

Specifically, the researchers will interrogate genomic conservation at a fine-grain level across a multitude of bacteria and then use cutting-edge social media analysis tools “to extract the maximum amount of information about their interactions and elucidate the underlying biology,” he said.

“When you adapt these tools for metagenomic data, you surprisingly get patterns similar to what you would see in an analysis of interactions on Twitter,” he said. “Over the next five years, leveraging the combined expertise of our team, our goal is to identify the ‘CEOs’ within a microbiome to identify generalizable rules that can carry over to other environments such as wastewater and the human microbiome.”