Bioengineer focuses on cellular mechanisms that lead to therapies 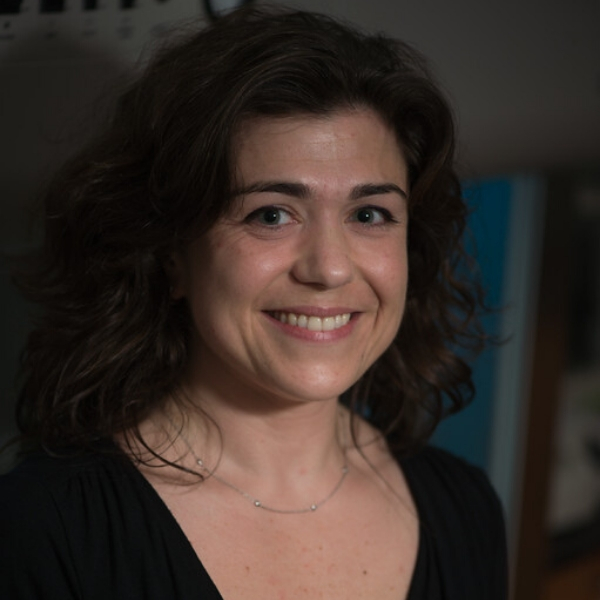 Rice University bioengineer Laura Segatori has been named a fellow of the American Institute for Medical and Biological Engineering (AIMBE).

She is one of 175 new fellows elected this year by peers and members of the AIMBE College of Fellows for her “outstanding contributions to the development of protein engineering and synthetic biology tools for biomanufacturing technologies and cell therapies,” according to the institute.

Segatori, an associate professor of bioengineering, chemical and biomolecular engineering and biosciences, and her Cell and Protein Engineering Laboratorydevelop system-level strategies that integrate synthetic biology, protein engineering and bionanotechnology to reprogram the quality control mechanisms in mammalian cells. These allow for a broader understanding of molecular mechanisms that regulate protein processing, and aid in the development of cell-based therapies and the production of biologics.

She has pioneered the development of approaches for ensuring proper protein processing and directing the elimination of aberrant proteins via targeted intracellular proteolysis, both of significance in numerous disease states, especially neurodegeneration and inflammation.

Guided by predictive mathematical modeling, the work is key to the development of novel therapeutic strategies and to enabling the engineering of synthetic cells with predictable behaviors as needed to enhance the production of biologics and for cell-based therapies, she said. In parallel research efforts, the Segatori group has defined the molecular pathways and cellular phenotypes triggered by nanomaterials, work that has provided key insights into optimizing cell-material interfaces.

Segatori will be inducted in a virtual ceremony March 26 during the organization’s annual meeting.

AIMBE is an organization of leaders in medical and biological engineering that consists of academic, industrial and professional society councils and elected fellows who communicate with and respond to U.S. and state government agencies and lawmakers to advocate science and contribute to policymaking that benefits the public.