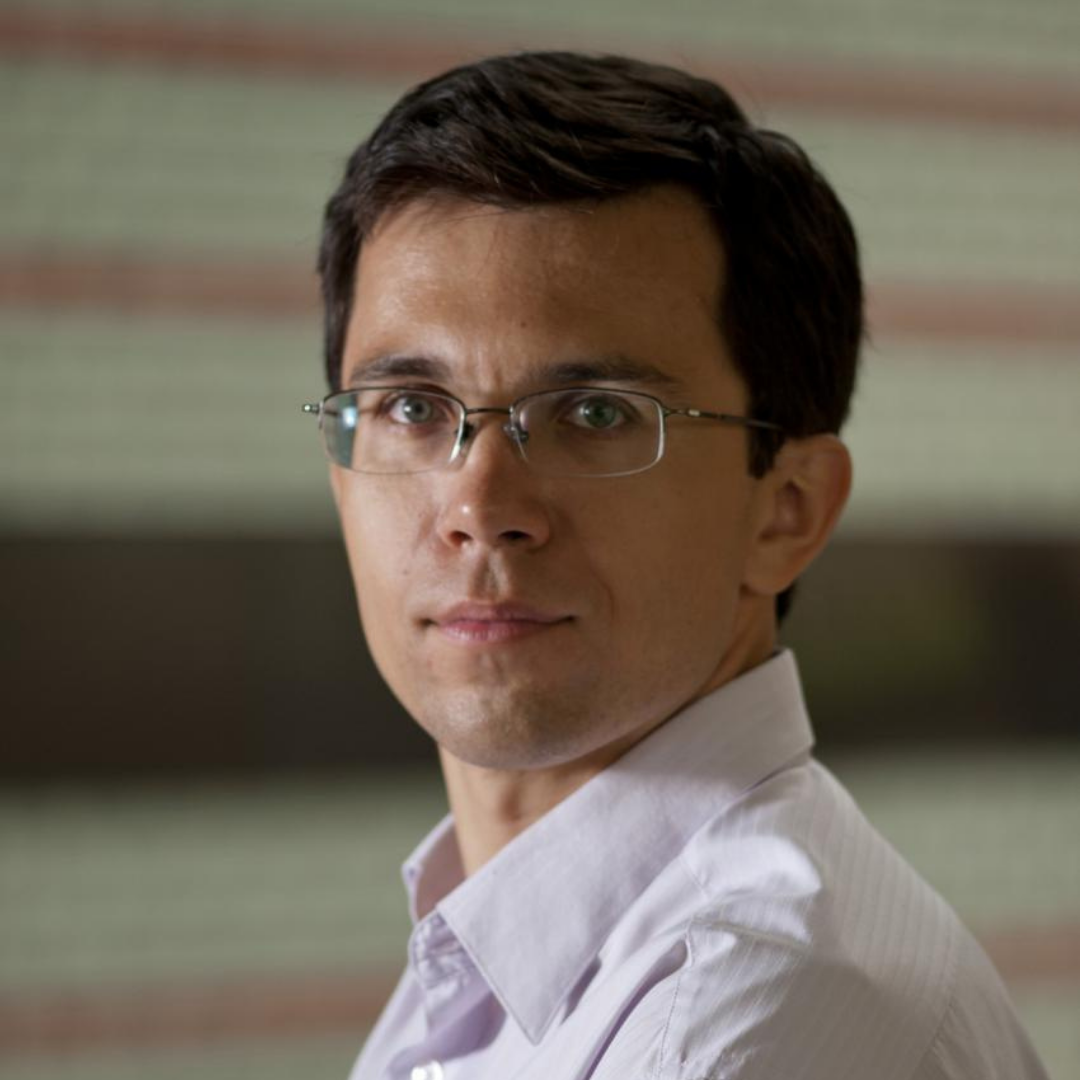 The Ken Kennedy Institute's October Member of the Month, Dr. Andriy Nevidomskyy, is an expert in theoretical condensed matter physics, working in the field of strong electron correlations in quantum materials. The collective behaviour of electrons in such materials often results in the emergence of new exotic quantum phases, such as the unconventional superconducti­vity. Nevidomskyy is working on the heavy fermion materials and a new class of iron-based supercon­duc­tors, and is particularly interested in the novel quantum phases emerging in frustrated magnets.

Originally from Ukraine, he received his PhD in physics from Cambridge University in the UK, before moving to Université de Sherbrooke in Canada as a postdoctoral fellow to work on high-temperature cuprate superconductors. Prior to joining Rice in 2010, he was a postdoctoral researcher in the Center for Materials Theory at Rutgers University, conducting research into heavy fermion materials. He is the recipient of the NSF CAREER Award and the Cottrell Scholar Award from Research Corporation for Science Advancement.

I have two very different books that I find hard to choose from: “Surely You’re Joking, Mr Feynman!” by Richard P. Feynman and “Dune” by Frank Herbert

I seek to understand the origin and mechanisms of emergent behaviour that is known to appear in systems of many quantum particles (typically electrons) using a combination of quantum field-theoretical techniques and numerical calculations.

Being able to describe the physical reality using a mathematical formalism and extracting new information from it. To me, the beauty of the formulation is important, even if sometimes the predicted behaviour may not be directly observable due to the limitations on the experiment. Part of my research focuses on the exotic states of matter with topological twist in them – these are difficult to visualize and sometimes counterintuitive, not unlike the famous Schroedinger’s cat, but can nevertheless exist in nature.

One of the great challenges is the realization that the abstract mathematics needed to describe certain aspects of quantum physics is likely “out there,” known to some mathematicians, but it is sufficiently complex that even figuring out what precise mathematical tools one needs is nontrivial. It may well be that the next quantum revolution in physics hinges on a new, hitherto unknown or perhaps unappreciated by physicists branch of mathematics.

How do you see computation and data advancing in the future?

While the computational power has grown by leaps and bounds over the past 3 decades, there are famously difficult (for instance NP-complete or worse, exponentially hard) problems for which one likely needs a novel approach. Whether or not the quantum computing lives up to its expectations, it is worth thinking about such new approaches, as they may lead to useful byproducts and tools that can be used to improve existing algorithms.