The Ken Kennedy Institute's March Member of the Month, Vaibhav Unhelkar, is an Assistant Professor of Computer Science. 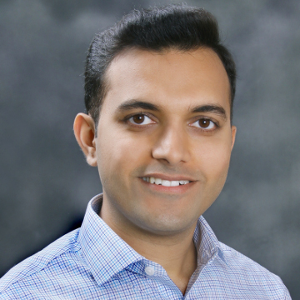 The Ken Kennedy Institute's March Member of the Month, Vaibhav Unhelkar, is an Assistant Professor of Computer Science. By merging expertise from AI, robotics, and human factors engineering, Unhelkar has developed algorithms to enable fluent human-robot interaction and deployed collaborative robots among humans. In his on-going research, he is developing computational techniques to combine data and human expertise (i.e., for human-in-the-loop AI) and to improve transparency of intelligence machines.

Dr. Unhelkar earned his undergraduate degrees in aerospace engineering from the Indian Institute of Technology in Bombay in 2021. From the Massachusetts Institute of Technology, where he worked in the Computer Science and Artificial Intelligence Laboratory (CSAIL), he earned an M.S. in aeronautics and astronautics and Ph.D. in autonomous systems in 2015 and 2020, respectively. Before joining Rice, Vaibhav served as a researcher at X, the moonshot factory (formerly, Google X).

The Foundation series by Isaac Asimov. While I read less fiction now than I used to, this fictional history of an interstellar future remains my favorite. I came across Foundation during a road trip ten years ago (incidentally, to the Indian Space Agency) and instantly fell in love with the book. Asimov, through engaging short stories, shows the profound impact that seemingly simple ideas can have on humans and society.

There are several, making it difficult to choose one. First, the research area of Human-AI Interaction is young, with no dearth of open foundational problems. For instance, we have only begun to answer questions such as "How should robots collaborate with humans?" or "How to explain decisions of an AI algorithm?" Next, solving these problems (which are interdisciplinary by nature) requires a healthy mix of theoretical work, algorithm development, and systems building. Finally, given the plethora of (existing and potential) applications of Interactive AI, I get to demonstrate my research in the real world and collaborate with domain experts (e.g., doctors and aerospace engineers).

When I began researching Computational Human-AI Interaction (partially owing to my undergraduate STEM background) my focus skewed heavily towards the Computational and AI aspects with a limited appreciation for the Human factor. As I continued my research, this blind spot became a challenge and required correction through training (in human factors and cognitive science). Interestingly, since this correction, the challenges of quantifying the human factor have informed much of my computational work and made it all the more exciting.

How do you see computation and data advancing in the future?

Advanced in computation and data will continue to have a significant impact on our future. While problems involving big data will remain important, I anticipate a growing focus on problem settings where data alone cannot lead to the solution. In many settings, either the data is scare or provides a partial picture. In such settings, a hybrid paradigm will emerge that augments data-based learning with human expertise. For instance, techniques for providing high-level human intuition (as opposed to low-bandwidth labels) to machine learners will gain prominence. I already see the need for this paradigm (and initial progress) in robotics. Further, as AI-based technologies pervade human society, we will see increasing progress towards the democratization of AI - to both mitigate its unintended consequences and ensure fairness. AI education, not only in higher-ed but also during K-12, will be critical to this effort.