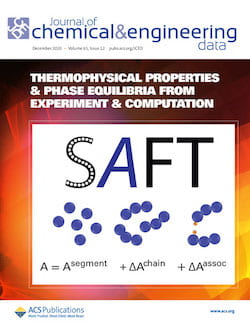 A major international journal is celebrating the 30th anniversary of influential models co-created by Walter Chapman, the William W Akers Chair Professor of Chemical and Biomolecular Engineering at Rice.

The Journal of Chemical and Engineering Data, a publication of the American Chemical Society, has published an issue devoted to SAFT (Statistical Associating Fluid Theory), a family of computational models that is the focus of a large community of researchers in academia, with widespread applications in industry.

“In contrast to other models that existed at that time, SAFT specifically accounts for hydrogen-bond formation between molecules, giving the theory its name: Statistical Associating Fluid Theory,” wrote associate editor Gabriele Sadowski in the editorial introducing the issue. “The SAFT model opened a completely new area of applications.”

SAFT was developed by Chapman and three colleagues and published in a series of highly cited articles in 1988, 1989 and 1990. Chapman first described SAFT in his doctoral thesis and related papers in 1988, the year he earned his Ph.D. in chemical engineering from Cornell University. His thesis adviser was Keith Gubbins, now the W.H. Clark Distinguished University Professor of chemical and biomolecular engineering at North Carolina State University, and one of his co-authors.

The original SAFT theory and its extensions, many led by Chapman’s group, permit researchers to make precise predictions about the behavior of liquid solutions of solvents, polymers and surfactants. Based on the molecular forces between monomers in a polymer chain, researchers can predict their macroscopic properties — an especially important ability in the plastics industry.

In oil and gas, SAFT provides the most accurate predictions of the properties of crude oil systems at high temperatures and pressures, and is able to predict the complex behaviors of asphaltenes. Asphaltene deposition causes severe production problems. Its accurate prediction is crucial to continuous production.

SAFT has enabled the design of molecules for chemical processes to maximize efficiency while minimizing environmental impact. Research continues into other applications related to materials design, including drug-delivery systems, characterization of micelles, lipid bilayers and hyperbranched polymers, and predicting self-assembly of patchy colloids.

Chapman’s research group has also adapted the SAFT theory to predict interfacial properties and molecular structures needed to design chemical sensors and materials at the nanoscale. His subsequent research has focused on the properties and interfacial structures of complex fluids, such as those used in plastics, paints, coatings and films. He has also studied the properties of such systems as natural gas hydrates and asphaltenes that are of interest to the oil and gas industry.