CAAM chairs reminds students that no matter how great their breakthrough, it will be for naught if they cannot explain it. 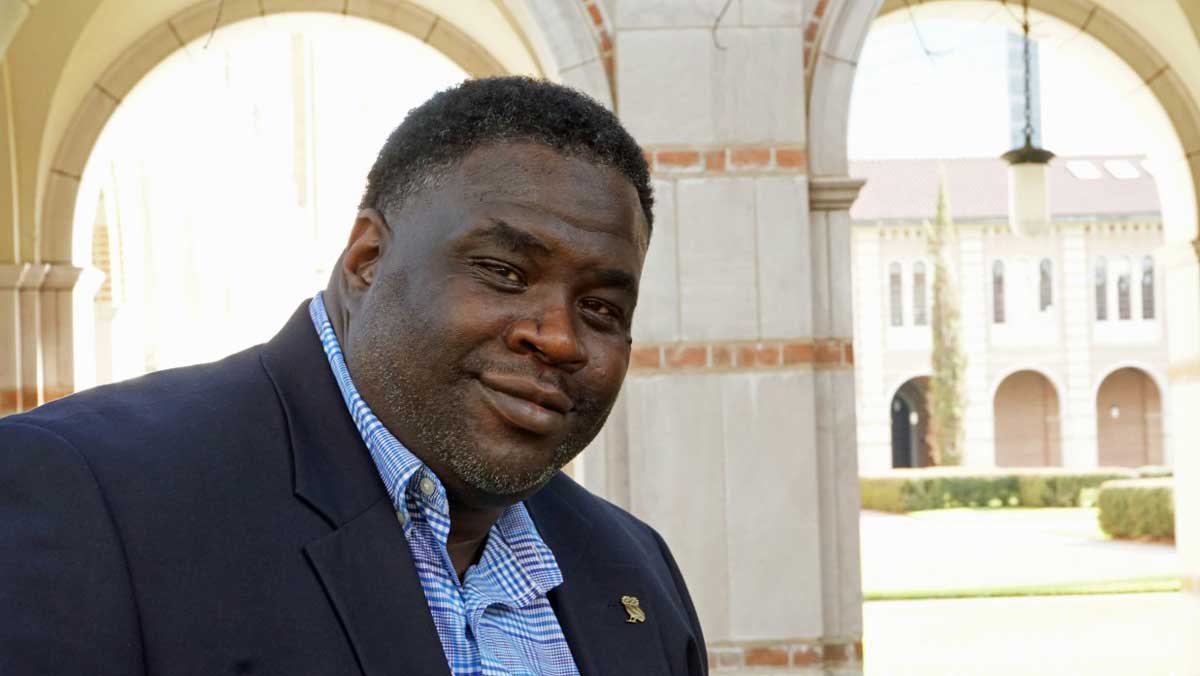 “Try to explain your project or research such that your grandmother can understand,” Illya Hicks (Ph.D. ’00) tells the Rice University students in his classes. “Figure out your audience and meet them at that level.”

Hicks, professor of Computational and Applied Mathematics as well as chair of that department at Rice, said he harps on clear communication to both his undergraduate and graduate students. He reminds them that no matter how great their breakthrough, it will be for naught if they cannot explain it.

“I am still working on my own communication skills,” said Hicks. “In fact, I was just in a summer workshop on teaching effectiveness where I learned about mirroring as a way to relate better to people during conversation. That was the first time I’d heard of it, but it made sense and I’m already using it.”

Although he may practice mirroring others in order to put them at ease during a conversation, Hicks is passionate about being authentic in his communication. He said his work in graph decomposition techniques to solve NP-complete problems may be hard to do, but it is easy for him to explain - particularly when he chooses analogies that suit his audience as well as his own interests.

Hicks said, “When I was in grad school, I realized the traveling salesman problem could be explained with a Mission Impossible scenario. Years later, it still works: imagine you are Ethan Hunt in Houston and receive instructions for a covert operation. You have to get in and out of 10 cities, then return to your Houston base on the mission. You can’t backtrack or you will get caught. What is the cheapest route to hit all those cities and get back home?”

Because he uses analogies he likes as well as familiar material, Hicks doesn’t panic when the technology for a presentation or lecture fails. He’s given at least one discrete optimization lecture without notes or slides when his computer went down, and he has talked a large gathering of middle school students through the traveling salesman problem in an auditorium with no microphone and no projector.

“When I am talking about my own work or material that I love, I can wing it —up to a point — if things go wrong. If I’d had to explain something more complex, the outcome would have been worse. Particularly with the middle school kids, they could understand visiting different cities and not returning to any of them,” he said.

Even his graduate students enjoy applying analogies to their work in his lab. Research to determine where to place sensor monitors on an electric grid to help prevent blackouts led them to diagram a network of circles connected with lines. The dynamical system project could be explained as a coloring game where certain objects could stop the coloring process.

“Or we can use another spy analogy,” said Hicks with a grin. “My grad students called those objects ‘forts’ and pointed out we’d need a spy in every fort to achieve optimal domination.”

His own domination of the high school football field led to a college scholarship and when Hicks’ university didn’t offer engineering, he settled for math and physics. At orientation, the dean of students pulled him aside and told him he needed to go to grad school.

“Ma’am, I am just a freshman, and I am just happy to be here,” he replied. She insisted his perfect score in AP Calculus indicated he was a good candidate for the research track, but Hicks pushed the thought of advanced degrees to the back of his mind. When he graduated and discovered his math and physics degrees were not getting him the engineering offers he wanted, he went back to the dean.

“The Dean wrote me a letter of recommendation and I came to Rice for grad school. After my Ph.D., I taught at Texas A&M University. Then the chance to return to Rice came up and I was nostalgic. I had a great experience at Rice. I also wanted to help other underrepresented minorities get Ph.Ds. and Rice was a great place to do that,” he said.

“It’s been proven that diversity of thought brings in new ideas and creativity. Overall, diversity is good for society, good for the country’s economic advancement. We need to engage all the people in creating solutions, and we shouldn’t be dependent on other countries to supply solutions we overlook because we didn’t have all the right people at the table.”

As an undergraduate, Hicks had only one Black professor and one during his Rice graduate studies. Earlier, when a high school teacher described Czech monk Gregor Mendel’s experiments with peas, Hicks asked if there had been any Black scientists doing that kind of work. His teacher replied that Africans had been playing with sticks. Even before Hicks earned his Ph.D., he was already committed to demonstrating opportunities for other underrepresented students.

“Exposure is important. If you are African American or Black but have never seen a Black professor, you can’t even imagine becoming one. My being that point of visibility already opens their minds, so I try to be very visible on campus. I’m also the faculty advisor for the Rice chapter of the National Society of Black Engineers, and for the Black Graduate Students and I visit every middle and high school career day I can make, because even teachers need to see Black professors.

"In fact, I tell the ‘playing with sticks' story to a lot of teachers to emphasize the importance of communication. What we say has meaning. We may not see it now, but it does plant seeds. We have to be careful of what we say to others.”

Becoming chair of the CAAM department has made him even more cognizant about how he communicates. Light hearted comments Hicks might have made as a colleague take on a very different perspective when made by the department chair, so he tries to continually improve his communication. In email, he attempts to be as clear as possible and as well as being as succinct as possible.

But when it comes to teaching, Hicks says he approaches his lectures like a sermon: identify three points and repeat those three points three times. He continually attends workshops to improve his teaching communication and shares his experience in the professional development workshop he leads for associate professors in his discipline of operations research.

He said, “The most important advice —the advice I give everyone-- is to be who you are. Embrace who you are, your attributes and your experiences, and infuse those into your communications. My slides contain cartoons, movie images, and posters of 1990s rappers because that is all part of who I am. Sometimes these are the references that get my point across.

“Comics and rappers work for me, but not everything people suggest will fit your own style. There is only one you. You can’t be anyone else. If you look at the lives of famous singers, like Aretha Franklin and Ray Charles, they tried to imitate other musicians and flailed around until they found their own sound. That is also true in communication. You have to find and claim your own sound.”

This article was originally published by Carlyn Chatfield, a contributing writer for the ACTIVATE Engineering Communication program.