Rice's most prestigious teaching award recognizes 'continuing excellence in teaching and exemplary commitment to the education' of students. 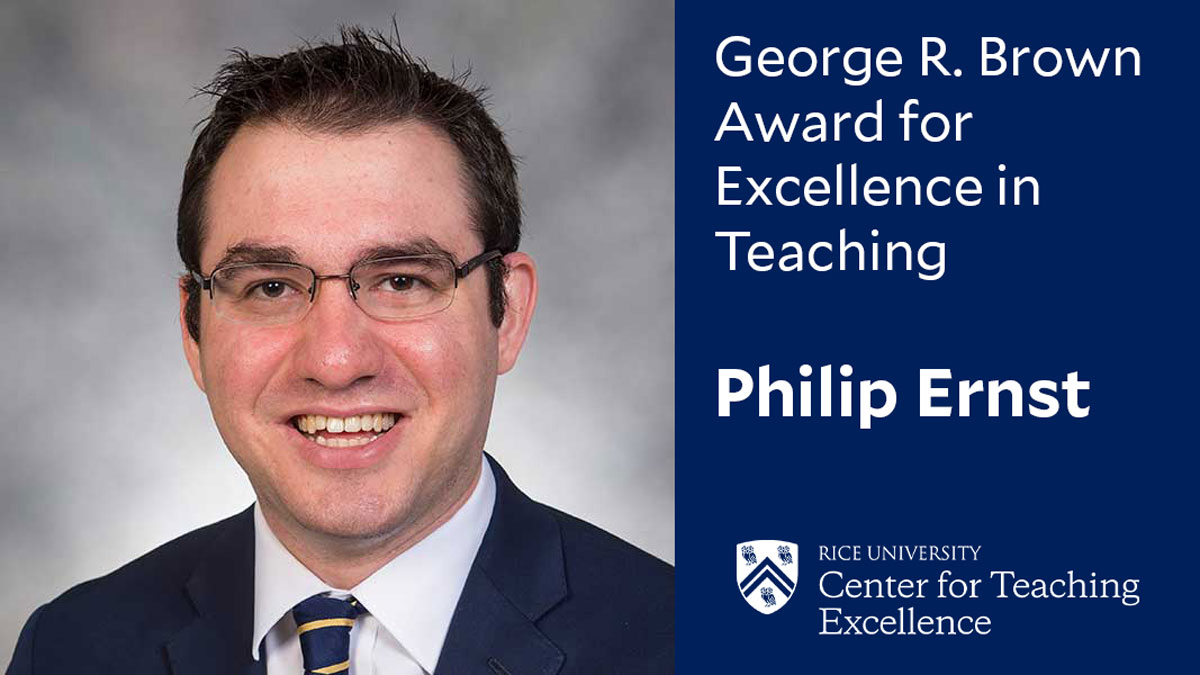 Philip Ernst, associate professor of statistics (STAT) at Rice, is the 2022 recipient of the George R. Brown Award for Excellence in Teaching, the university's most prestigious teaching award.

It recognizes “continuing excellence in teaching and exemplary commitment to the education of undergraduate or graduate students within the School of Engineering.”

Ernst earned his M.A. and Ph.D. in STAT from the Wharton School of the University of Pennsylvania in 2010 and 2014, respectively, and joined the Rice faculty in 2014. He was promoted to associate professor with tenure in 2019.

“From his first year with us,” said Rudy Guerra, professor and department chair of STAT, “it was clear that Philip would be an exceptional teacher. His passion for teaching and deep care for students make him deserving of the George R Brown Award for Excellence. He is simply an extraordinary teacher.”

In 2020, Ernst was named the inaugural winner of the Institute for Operations Research and the Management Sciences (INFORMS) Don Gaver, Jr. Early Career Award for Excellence in Operations Research, the first institute-wide early-career award.

Recently, Ernst was named to a visiting international research chair in the Department of Mathematics at the Université Libre de Bruxelles. Ernst will hold the prestigious “Chaire Internationale” in Brussels, Belgium, beginning in June. He was also elected to the Committee of Presidents of Statistical Societies (COPSS) Leadership Academy.

Ernst will formally receive the award at the annual University Awards Ceremony, hosted by the Center for Teaching Excellence and held in McMurtry Auditorium, Duncan Hall, on April 26, from 3 to 5 p.m.