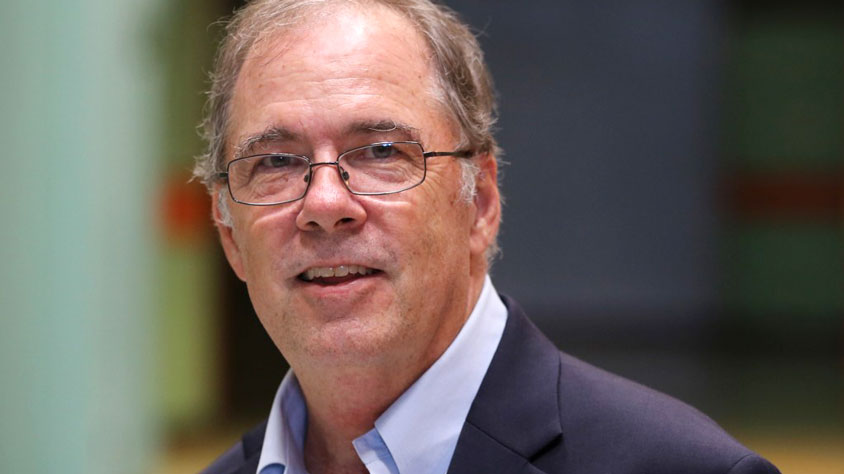 Keith Cooper, who came to Rice as a freshman in 1974 and now serves as the L John and Ann H Doerr Chair in Computational Engineering, among many other roles, is the 2020 recipient of the Rice Faculty Award for Excellence in University Service and Leadership.

The award was created in 2018 and is given to a faculty member who has made “significant and distinctive contributions to the mission of Rice through exceptional university service and leadership.”

Cooper is also a professor of computer science and of electrical and computer engineering, and chair of computational and applied mathematics. He has worked for Rice for 37 years. He earned his B.S. in electrical engineering in 1978, and his master’s degree and Ph.D. in mathematical sciences in 1982 and 1983, respectively, all from Rice.

It was a transitional time for the computational disciplines, the school of engineering and the university. The Department of Mathematical Sciences had been created in 1968 and was later renamed CAAM. In turn, it spawned the departments of computer science, in 1984, and statistics, in 1987.

Cooper worked as a research scientist in mathematical sciences from 1983 to 1984, and in CS from 1984 to 1990, when he joined the CS faculty as an assistant professor. He was one of the founders of Rice’s compiler research group, and from 1983 to 1988 oversaw dispersal of two inter-departmental National Science Foundation grants that built much of the foundation of the current department.

He has co-authored three editions of a textbook on compiler construction, Engineering a Compiler, and has taught introductory programming, principles of computing for non-majors, software engineering and computer organization.

For six years, Cooper was a member of the Faculty Senate, serving on many working groups and committees, and was co-director of the Ken Kennedy Institute for Information Technology. He previously served as the engineering school’s associate dean for research.

In 2015 he chaired the Provost’s Advisory Committee on Data Science. From 2014 to 2015 he worked with Dan Carson, David Leebron, Marie Lynn Miranda, Jan Odegard, and Moshe Vardi to formulate Rice’s Data Science Initiative (DSI), and from 2016 to 2019 co-chaired the Faculty Search and Programming Committee for Rice’s $45 million DSI.

For a decade, Cooper served as Rice’s Chief Marshal, giving him overall responsibility for the university’s commencement ceremonies. From 2002 to 2008, he was chair of the Department of Computer Science. In 1991-92 he served on the Program Development Committee for Anne and Charles Duncan Hall. He was user liaison and a member of the design team from 1993 to 1996 and was on the Duncan Hall Operations Committee from 1996 to 2001.