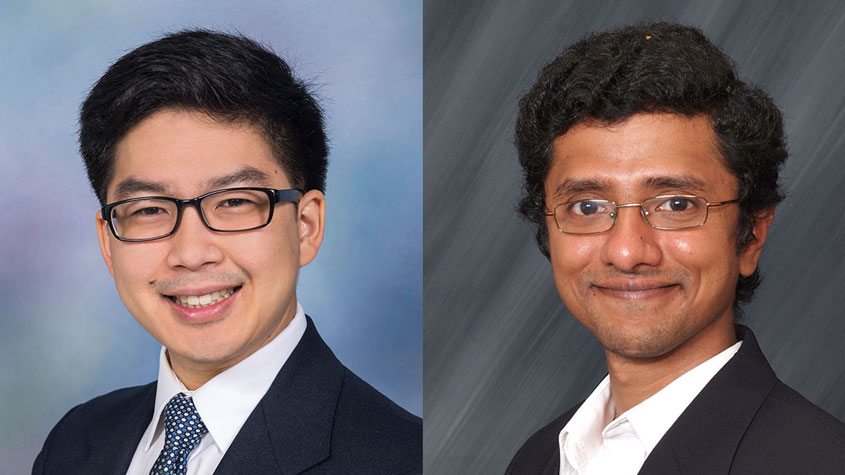 Jesse Chan, assistant professor of computational and applied mathematics (CAAM), and Ashok Veeraraghavan, professor of electrical and computer engineering (ECE) and of computer science, are among 85 early-career engineers from academia, industry and government chosen for the honor.

The symposium is planned for Feb. 25-27 in Irvine, Calif. Discussion topics will include agriculture, energy, women’s health, plastics and other “pioneering technical and leading-edge research in various engineering fields and industry sectors.”

Chan joined the Rice faculty in 2016. He earned a B.A. in CAAM from Rice in 2008, and a master’s degree and Ph.D. in computational science, engineering and mathematics from the Oden Institute for Computational Engineering and Sciences at the University of Texas at Austin in 2013.

For two years Chan served as a Pfeiffer Postdoctoral Instructor in CAAM at Rice, and in 2015 went to work as a postdoctoral researcher in mathematics at Virginia Tech, where his mentor was former Rice faculty member Tim Warburton. Earlier this year, Chan won a National Science Foundation CAREER Award. His research focuses on accurate numerical methods for problems in wave propagation and fluid dynamics, and their efficient implementation on high-performance computer architectures.

Veeraraghavan earned his Ph.D. in ECE from the University of Maryland in 2008 and joined the Rice faculty in 2010. He is co-developer of FlatCam, a thin sensor chip that replaces lenses in traditional cameras, and part of the team that developed FlatScope, a light-weight microscope that can image large fields of view at high resolution.

He is a member of NSF Expeditions in Computing, devoted to seeing through skin; the DARPA REVEAL program on seeing around corners; the DARPA Neural Engineering System Design program to build implantable microscopes for the brain; the DARPA N3 program on imaging through the skull. In 2017 he received an NSF CAREER Award and this year he was promoted to full professor.