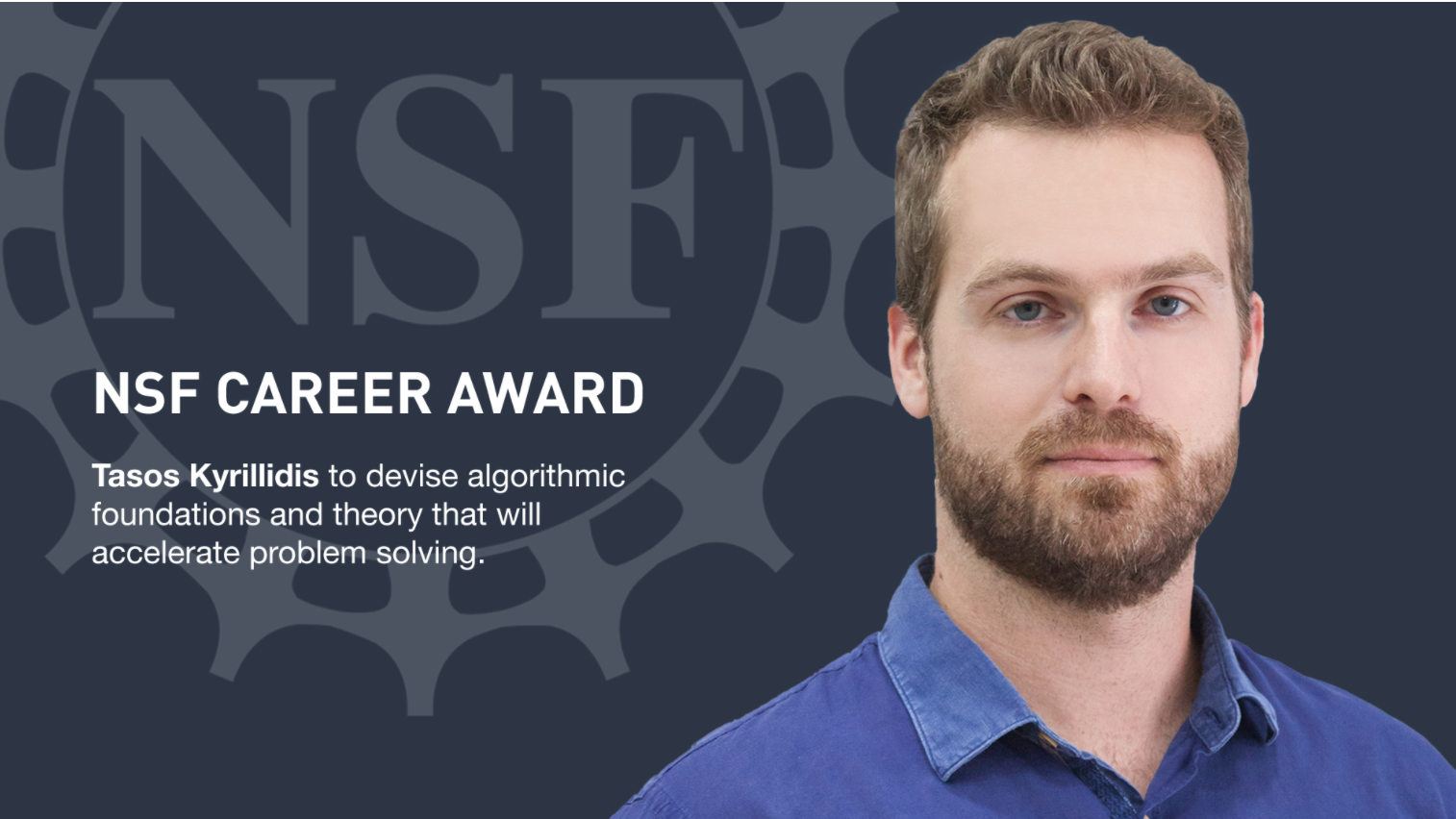 By further exploring the theory and design of non-convex optimization, Anastasios “Tasos” Kyrillidis hopes to devise a technology for faster, more robust algorithms with impacts in many fields.

“Non-convex optimization is at the heart of many engineering applications, especially through the wave that machine learning and artificial intelligence have triggered: physics, healthcare, biology, software engineering, chemistry and materials science, among others,” said Kyrillidis, the Noah Harding Assistant Professor of Computer Science (CS) at Rice.

Kyrillidis is the recipient of a five-year, $650,000 National Science Foundation (NSF) CAREER Award for his research proposal titled “Algorithmic foundations for practical acceleration in computational sciences.”

CAREER Awards, among the most competitive given by the NSF, are annually awarded to some 400 young scientists and engineers in support of “early career faculty who have the potential to serve as academic role models in research and education and to lead advances in the mission of their department or organization.”

“Given that we lack theory, more often than not, in non-convex optimization,” Kyrillidis said, “researchers often follow trial-and-error procedures, which leads to heuristics. Deciding when heuristics are provable algorithms is a pressing need for the scientific community and society as a whole.”

Kyrillidis’ goal is to devise algorithmic foundations and theory that will accelerate problem solving. This would include the design of fast algorithms as an active research area in machine learning, information processing and optimization research.

Understanding how performance is obtained using efficient algorithms is essential to designing practical and safely applicable learning, he said. His research will focus on three priorities: Faster convergence in structure-rich problems, with emphasis on matrix-factorized machine learning problems; algorithmic acceleration in non-convex scenarios, with a focus on neural network architectures; and acceleration techniques in machine-learning systems.

Kyrillidis earned his Ph.D. from the École polytechnique fédérale de Lausanne, Switzerland, in 2014, then worked as a Goldstine Postdoctoral Fellow at IBM T. J. Watson Research Center in Yorktown Heights, N.Y., and as a Simons Foundation Postdoctoral researcher at the University of Texas at Austin. He joined the Rice faculty in 2018.