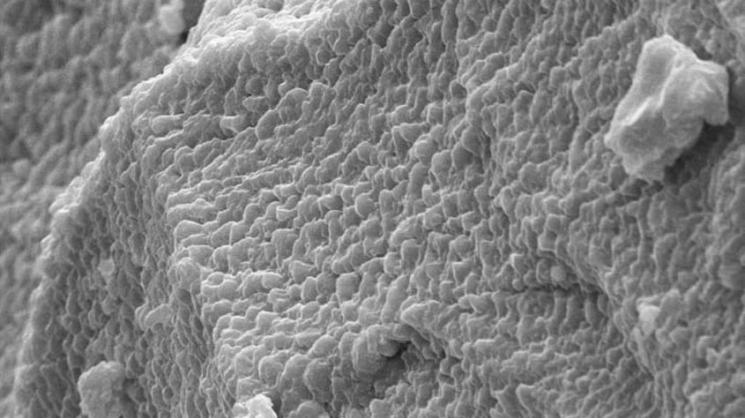 Dielectrics are the polarized insulators in batteries and other devices that separate positive and negative electrodes. Without them, there are no electronic devices.

The most common dielectrics contain brittle metal oxides and are less adaptable as devices shrink or get more flexible. So Rice scientists developed a dielectric poised to solve the problem for manufacturers who wish to create next-generation flexible electronics.

Until now, manufacturers had to choose between brittle dielectrics with a high constant (K) – the material's ability to be polarized by an electric field – or flexible low-K versions.

The material created at Rice has both. Rice materials scientist Pulickel Ajayan and graduate student and lead author Sandhya Susarla combined sulfur and selenium to synthesize a dielectric that retains the best properties of high-K ceramics and polymers and low-K rubber and polyvinyl.

"We were surprised by this discovery because neither sulfur or selenium have any dielectric properties or have a ductile nature," Susarla said. "When we combined them, we started playing with the material and found out that mechanically, it behaved as a compliant polymer."

Their results appear in Science Advances.

Susarla said the new material is cheap, scalable, lightweight and elastic, and has the electronic properties necessary to be a player in the emerging field of flexible technologies. Given that it's so simple, why had nobody thought of it before?

"There are a few reports in early 1900s on the synthesis of these materials and their viscoelastic properties," Susarla said. "But since no one was interested in flexible semiconductors back then, their dielectric properties were ignored."

Their method of manufacture began with a bit of elbow grease, as the researchers mixed sulfur and selenide powders in a mortar and pestle. Melting them together at 572 degrees Fahrenheit in an inert argon atmosphere allowed them to form the dense semicrystalline alloy they saw in electron microscope images. Computational models helped them characterize the material's molecular structure.

Then they squished it.

Compression tests in a lab press crushed pure sulfur and selenium crystals, but the new alloy recovered 96% of its previous form when the same load was lifted.

Susarla said the material is stable, abundant and easy to fabricate, and should be simple to adapt for micro- and nanoscale electronics. "Since the viscosity of this material is high, forming thin films can be a little difficult," she said. "That is the current challenge we are trying to deal with."

Ajayan is chair of Rice’s Department of Materials Science and NanoEngineering, the Benjamin M. and Mary Greenwood Anderson Professor in Engineering and a professor of chemistry.

The Department of Energy Office of Science, Basic Energy Sciences, supported the research.